‘Photos can be a powerful truth-teller’ 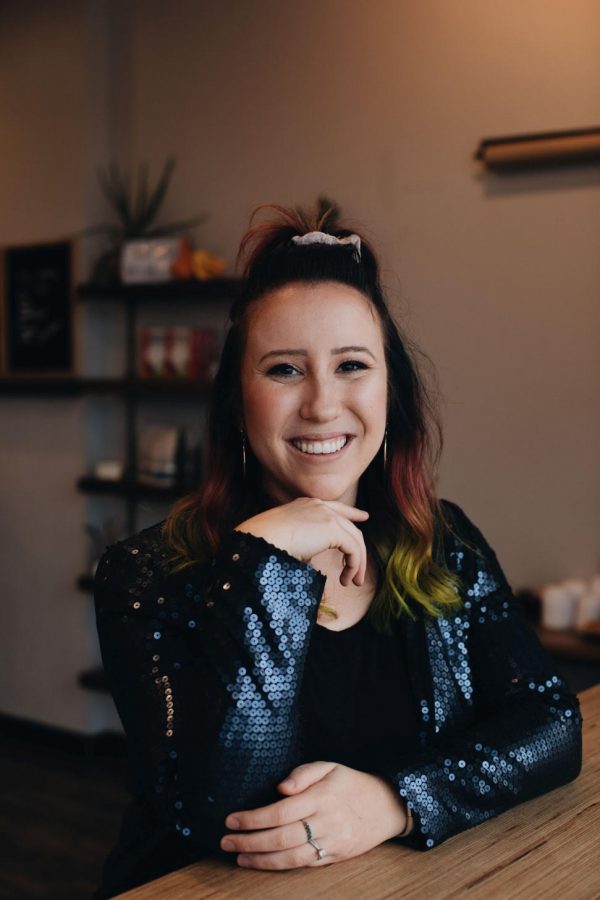 For Madison Rosenbaum, photography is more than just an art to document moments.

“I think photos can be a powerful truth-teller,” said WSU Tri-Cities alumna Rosenbaum. “I always believe that storytelling through my photography can help bridge in connecting and understanding someone else’s lived experience.”

Growing up, Rosenbaum said her mom would take photos of her and her sister. She said she cherished having those memories. Though she did not deem herself an artist at the time, she understood that photography is a way to capture people’s experiences in real-time.

“There are 7 billion people in this world who are experiencing life differently every day,” she said. “We get that opportunity to help share that experience on their behalf.”

Rosenbaum said she dabbled with photography in high school. When she attended WSU Tri-Cities, a friend encouraged her to take a photography class. This led her to pursue a dual-degree in digital technology and culture as well as psychology.

She said she has always been interested in understanding people and how the mind works. She said her psychology background provided her with a foundation of understanding human interaction, which she is able to translate into her art.

Rosenbaum credits her undergraduate education as the catalyst that sparked her growth as an artist. She said her college journey helped her discover who she was as a person and what she wanted to stand for.

“It was kind of the turning point for me as an artist realizing that this is what I’m passionate about,” she said. “I want to talk about social injustice, what’s happening in the world.”

Rosenbaum has conducted different types of photo series to shed light on social injustices. Her Foundations series focuses on immigrants in the 21st century. She said this project highlights immigrants’ experience of acculturation, which is the act of someone embracing another culture while still keeping their own, into American culture.

Her other photo series cover topics such as sociopolitical barriers, stereotypes and mental health.

“I recognize that I am a White artist,” she said, “so I want to use my platform to amplify voices that have often been oppressed and unheard.”

Rosenbaum is currently working on her Tales From Home series, which is a project that highlights people’s experiences during the pandemic.

“The experiences that people are having during the pandemic are so incredibly real and valid,” Rosenbaum said. “Everybody’s going through something different.”

Phinney Brown, a participant in the Tales From Home series, said the project helped her share her story.

“[Rosenbaum] really has the desire to tell people’s stories and capture people as they are, rather than doing something that’s really staged,” she said.

As part of her portrait, Brown wrote that she has been focusing on being more authentic and more grounded. This includes living her life unapologetically as an Indigenous woman.

Reading people’s stories in the series also gave her a glimpse of what other individuals are experiencing during the pandemic.

Ray Castaneda, Rosenbaum’s friend, said the Tales From Home series is a project other photographers have not done in the Tri-Cities area. He said Rosenbaum’s work reflects the seriousness and effort she puts into her art.

“[Rosenbaum] has such a good eye,” he said. “She really knows how to use her camera in a way that is so compelling.”

Rosenbaum said it is important for her to take the time to interview her project’s participants before photographing them.

“That’s my time, as an artist and a human, to listen to what they have to share because that is their lived experience,” she said.

Several weeks ago, Rosenbaum attended Black Lives Matter protests in Kennewick, Pasco and Richland. She said it encouraged her to step outside of her comfort zone and test the skills she has acquired over the last 10 years.

“It was a crazy, beautiful experience,” she said. “I hope that these are time capsules we can refer to and see important times in our history.”

Representation matters, Rosenbaum said. She is encouraging artists to educate themselves about social injustices and find ways to initiate conversations about those issues through the content they produce.

“My advice is to create and to stand for something, and know what that is,” she said. “Take that time on a personal level to explore what you believe in, what your values are, and how that can land in your art.”