Pullman, WSU does not do enough to support Black Lives Matter or diversity, activists say 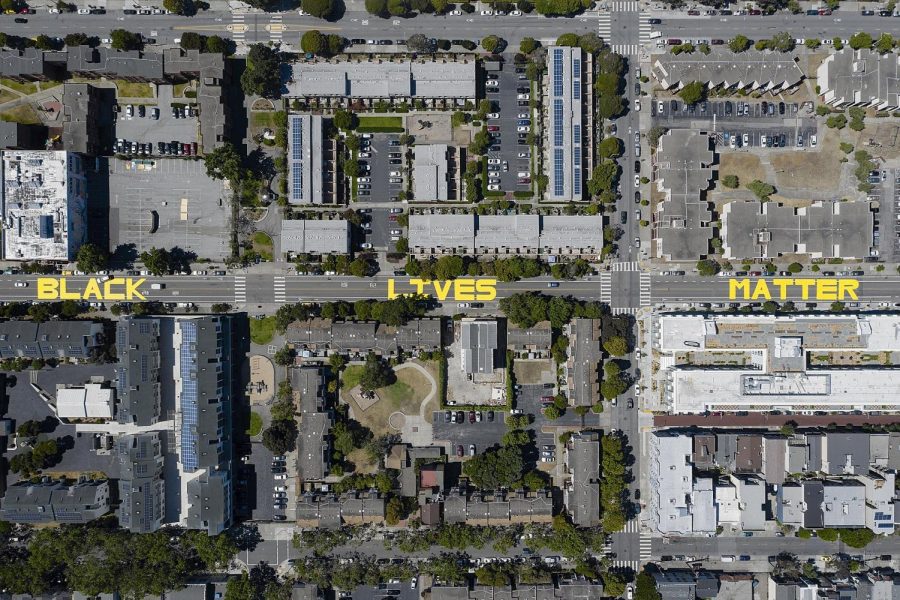 Seven-year Pullman resident Jason Kennedy will present his idea to have a mural painted in downtown Pullman during City Council's in-person meeting July 14.

A group of Pullman activists will present how city council can support the Black Lives Matter movements to local legislators. One proposed project is a street-wide mural in Pullman reading “Black Lives Matter.”

Seven-year Pullman resident Jason Kennedy helped organize the Palouse in Solidarity with the Black Lives Matter movement last month and will present his mural idea at the city council’s in-person meeting on July 14.

Other activists will offer their own ideas on how Pullman can improve. City councilmember Brandon Chapman said he suggested Kennedy and the other presenters request time in front of the council so they could fully flesh out their ideas.

Kennedy said the mural’s primary benefit would be to set Pullman as a unique example for taking a stance on racial injustice, as well as add cosmetic appeal to the city.

Local supporters of the Black Lives Matter movement should not have to ask the council to stand with its citizens on the matter, Kennedy said.

Chapman said he does believe city council should take action more to reach out to these social justice groups preemptively.

Hundreds of people stood in front of the police station to send a message about enacting change in the city, Kennedy said. This alone should have spurred the council into action, he said.

“This isn’t a viral trend, this isn’t a Facebook like … this is change that is happening right now,” Kennedy said.

Chapman said the council has made strides to welcome people of different backgrounds. Pullman implemented the Wayside Welcome sign, which includes the word “welcome” written in more than 40 languages, and several councilmembers attended the protests in Pullman.

The Pullman Police Department does its job well, Kennedy said. When Police Chief Gary Jenkins addressed the crowd at one march, Kennedy said he respected the effort he made.

“A lot of this is a precursor to maybe some additional change,” Chapman said.

Some changes include better representation on city boards, commissions and more people from underrepresented groups on the actual council, Chapman said. He said he does not remember if there has ever been a Black or Brown councilmember.

“There is a recognition that we are better off because of the people in our community who come from other places,” Chapman said.

Mikayla Makle, WSU’s Black Student Union president, said sometimes the strive toward diversity can feel like people of color are being used as the main educators on racism.

She said she experienced this at WSU. Each student can only speak to their own experience, she said.

WSU also has a moral responsibility to hold itself to the values it says it promotes, such as diversity, Makle said.

According to WSU’s system strategic plan for 2020-2025, WSU’s core ideology is to create a “climate … that enables underrepresented students, faculty, and staff to not only survive, but thrive in communities that foster a sense of belonging in a culture of inclusion.”

Makle said it often feels like Black and non-White students are not welcomed or supported on WSU’s campus.

WSU Pullman’s Twitter account responded, “Thanks to all who reported the abhorrent and overtly racist screen shots. We hear you and we see you. There is no room for racism at WSU and we are looking into the matter. Reports can be made at http://crci.wsu.edu. Threats of violence against any person are not acceptable.”

The university has not released an official statement or update on the situation.

“If they say they don’t agree with racism, they shouldn’t implement it into their systems,” Makle said.

Makle said she believes the best way to increase the number of students of color and underrepresented students is to create an environment in which they feel heard.

This includes easier access to safety and educational tools, as well as faculty who are inclusive to all students, Makle said.

While the school can not make a student take a course, Makle said she thinks students should educate themselves in multicultural studies. For White students, she said this can help address privilege and learn about allyship.

“It’s not, ‘I don’t see color.’ You have to see color because that acknowledges there is a problem,” Makle said.

She said the Black Lives Matter movement is not just about racism or police brutality, but acknowledging Black people, and other people of color, as valuable contributors to the United States.

“Everything has been contributed to or built by Black people,” Makle said. “We’re going to continue to contribute to it.”