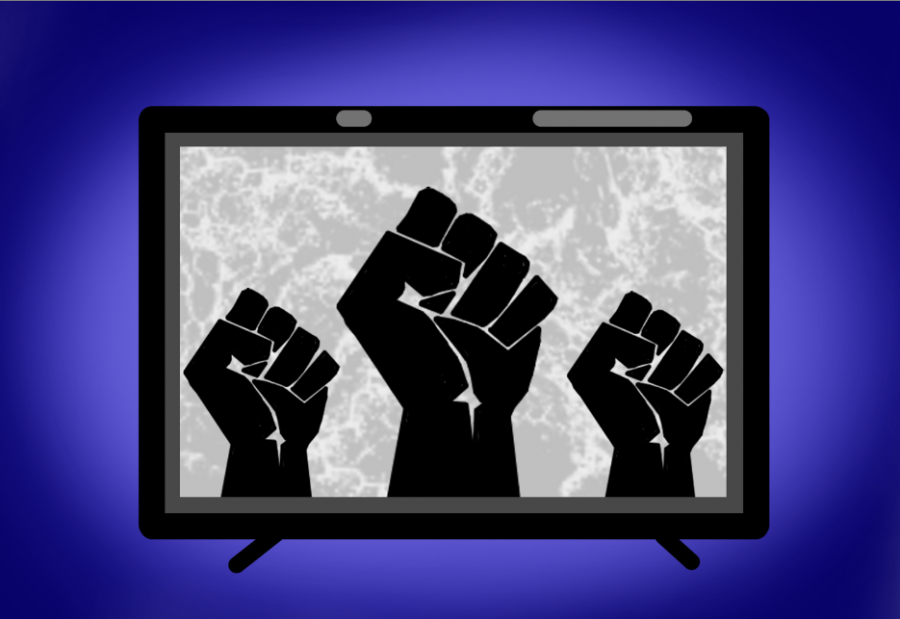 Activism watered down for corporate branding, or to fit in, is not activism at all.

While the Black Lives Matter protests are centered around specific issues, the end goal of the protest doesn’t have a consensus. Some people believe we need to defund the police to deter brutality and some people believe it needs to be fully abolished. Others just want laws enacted to ensure more accountability. It’s a very complicated issue but people just want to see solutions. We want something done to curb the continuous killing of Black and Brown people without justice, after decades of nothing.

Nobody — and I promise you, I mean nobody — believes playing “Lift Ev’ry Voice And Sing” before an NFL game is a solution.

Stating “Black Lives Matter” is more socially acceptable now than it was even a few months ago. There’s still plenty of backlash, but we’ve reached a point where it’s good PR for companies to support it, which is a good sign that something’s no longer as “political” as it once was. This is great. It’s amazing to see the movement has gained so much traction that more people, companies and institutions are willing to get behind it.

But with the popularity of it, we really have to think about what supporting “Black Lives Matter” means.

Making a tweet saying you recognize police brutality and systemic racism and stand in solidarity with Black Lives Matter is literally the first step. It’s standing at the starting line of a marathon. These are issues that are as old as the country, and the Gushers Twitter account finally acknowledging that is not doing much for the movement.

Amir Gilmore, WSU cultural studies assistant professor, compared the recent change in attitude to the civil rights movement in how both were unpopular when they were going on but are now looked back at with a sort of nostalgia or even commodification, as he said.

“It’s kind of … disappointing,” Gilmore said. “I’m thankful that the entities are standing up now because that’s also important, but it’s like ‘Come on, dude. Just last week you weren’t saying this.'”

It’s hard to not side-eye these statements when for years these institutions were staying silent, if not punishing those who spoke out. Add this to testimonies from Twitter hashtag #blackintheivory or the numerous stories of black employees calling out these same places for racism and discrimination, and these statements lose any weight they had.

“To me, the big question is ‘Why now?’ and also ‘What are you going to do about it now?” Gilmore said. “It’s been like a month since all these institutions have come up with these statements, but what actions have they come up with?”

“There has to be a willingness to hold up the mirror and, even if the mirror’s cracked, look in it,” said Jaime Nolan, associate vice president for community, equity and inclusive excellence for WSU’s Division of Student Affairs. “We may not like what we see, but we have to [look] if we’re really going to create the type of change where everyone can thrive.”

Nolan said her job involves making connections and making sure people see themselves and their role in what’s going on. She wants to use the protests as an opportunity to bring empathy and understanding to WSU and change minds about inequality.

“What this moment has done for me is made me realize that if I want to stay integral to what I believe … that I’m going to have to be willing to potentially risk my job to speak truth to power,” Nolan said. “I do believe in connecting with people, bringing people along, and having it be about ‘What kind of community do we want? What does it mean to be in a Coug community?’”

WSU will have to reckon with its problems just as much as everyone else. Gilmore said all institutions should be more open and transparent and should listen to Black students. He said that actions need to back up words.

“A lot of [universities’] solidarity statements go ‘We see you, we hear you’ and that does not acknowledge the systemic trauma, the historical trauma,” Gilmore said. “I see a lot of stuff, but what are you going to do about it?”

I maintain hope that things will change and, again, we are making waves. It’s still an incredible milestone that what was once a “divisive” statement is now painted on city streets and printed on NBA jerseys. But the statement is a call for change. Change requires solidarity, and solidarity means protesting, educating and uplifting oppressed voices and talking about it before, during and after its popularity.