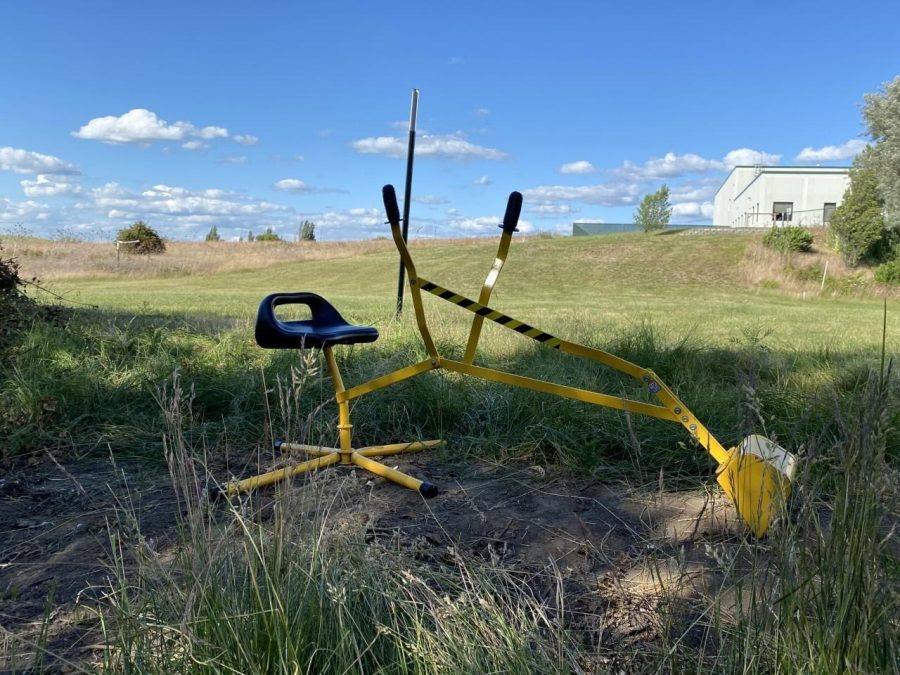 Although staff members at the Palouse Discovery Science Center already had plans to open outdoor options, the center made it possible on a faster timeline due to COVID-19.

Although school is out for summer, children on the Palouse can still expand their curiosities about the outside world through the Palouse Discovery Science Center.

The PDSC in Pullman recently opened outdoor activities for the community while still abiding by state and local health guidelines.

PDSC Director Meri Joswiak said she believes children learn best through physical play. Even though the exhibit doors have to remain shut, she wanted to create a place for children to explore.

Months before COVID-19,  the PDSC looked at resources to create an outdoor space, Joswiak said.

To make this happen, she said the organization turned its lower parking lot into a bike and scooter course for children to bring their personal equipment. The staff also created a nature loop toward the side of the building to give children an extra area to play.

The center remained closed from March 14 until June 27, Joswiak said.

The PDSC still plans on completing their various day camps, including themed camps about astronomy, nature, robotics and stop-motion video, she said. Each camp is a one-week session that runs from 9 a.m. to 12 p.m. Monday through Friday.

While attending the day camps, participants are required to wear masks and abide by social distancing requirements. Joswiak said this will be possible with the help of smaller groups and trained volunteers in the new guidelines released by the CDC.

The PDSC offered virtual exhibits during the closure. She said the community appreciated the new outdoor option.

Although the outdoor space was already a plan for the PDSC before COVID-19, the science center staff expedited the process to have it open sooner, Joswiak said.

She said the exhibit would not have been possible without the help of volunteer families offering to do tasks, including weeding, setting up activity areas and completing a retaining wall.

Creating the space engaged people, as well as involved in the community, Joswiak said.

Trish Hartzell, professor in the University of Idaho Department of Biological Sciences, has been a member of the PDSC board of directors for 11 years.

Last August, Hartzell got a behind the scenes tour of the Smithsonian Natural History Museum in Washington, D.C.  The tour helped inform an exhibit about outbreaks in the works at the PDSC.

“The Smithsonian gave [PDSC] all of the content that was developed for Outbreak and we were in the process of getting it set up as an interactive display at PDSC in February, we realized that we were actually experiencing an outbreak,”  Hartzell said.

The Outbreak exhibit is projected to be available once the PDSC allows the rest of the exhibits to open, she said.

“Although PDSC has been closed, Meri and her team and the board members have been zooming and planning new ways to expand the outdoor space at the center,” Hartzell said.