WSU student creates club to educate others about shark ecosystems 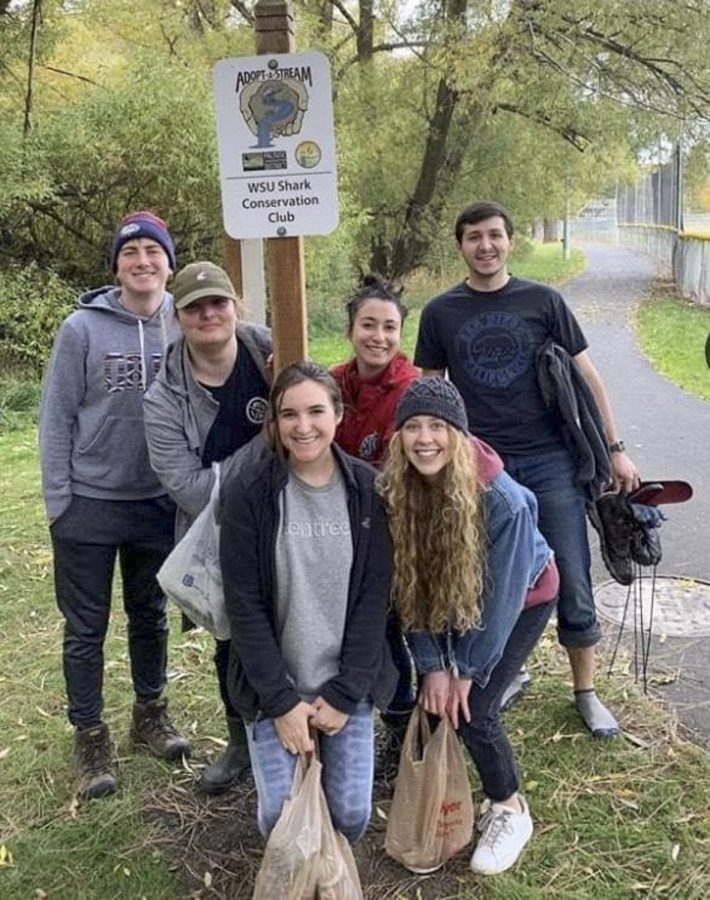 The WSU Shark Conservation Club organizes shark week annually. This year, it will take an online format instead.

One wildlife ecology and conservation sciences major had a vision to save sharks. So she did.

The WSU Shark Conservation Club was founded in 2018. President Amanda Krieger said the goal for this club is to educate the public about the impact sharks have on the human population.

“Sharks are harvested every day for their fins, as well as a substance from their liver that is used for skincare,” she said. “Since their species has a negative connotation, there is not a lot of public support to focus on efforts to save their species. This is why we are trying to educate people about their impact on our world and why we need them.”

Krieger, senior wildlife ecology and conservation sciences major, started the club to focus on something in her major, which helped her build connections with people in the conservation field. She said the club also provides hands-on experience.

Vice President Carissa Maier said the club was founded to spread the message that sharks are important in their ecosystems.

This student organization has grown from four members — the number needed to create a Registered Student Organization — to now having 32 active members.

This semester will look different; however, the club still plans on organizing Shark Week in October.

“We will definitely bring in speakers, probably virtually, and show documentaries. We’ll definitely try to make it as normal as we possibly can, even though we have different circumstances from the previous year,” Maier said. “It’s going to be a week-long event, and we do something different every single day.”

She said the club holds annual Mom’s Weekend fundraiser events, which was not able to happen this past spring.

As a fundraiser, moms and students would pay a ticket fee to paint with the club. The money was then used toward the Washington Department of Fish and Wildlife, Maier said. Some club members are connected with Dave Lowry, who does shark research with the department.

Olivia Smith has been a member of the Shark Conservation Club for two years. She said there has been great growth within her time as a member.

For those interested in the club, Smith said to try to do things on campus that impact sharks positively.

The club regularly meets about twice a month. During a typical meeting, the members and officers talk about raising money so they can donate to shark researchers, Maier said.

“We try to make this sort of an interactive process so we try to involve as many people as we can,” she said. “We do a lot of hands-on stuff in the community, like stream cleanups, and we’ve done a 5K to fundraise money.”