‘Home to me means being with my sisters’ 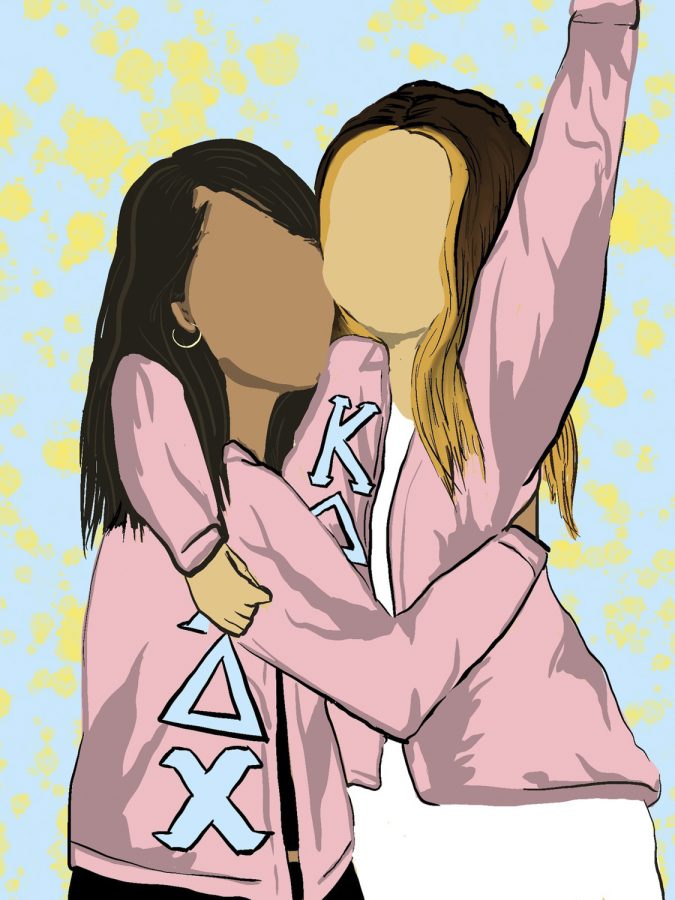 President Mailari Munoz said she felt like an outcast before joining the Kappa Delta Chi multicultural sorority at WSU.

When Mailari Munoz gets a good grade and posts about it on Snapchat, she can expect her sorority sisters to swipe up and send her congratulatory messages.

After transferring to WSU when she was 21, Munoz wanted to find her place in the university. When she joined Kappa Delta Chi Sorority Inc., Rho Chapter, a multicultural Greek sorority focusing on Latinx women, she found her place, said sorority president Munoz.

“I’ve learned since being at WSU that home isn’t always tied to a physical place, and home to me means being with my sisters,” she said.

Jaquelinne Herrera-Bravo, former vice president and member of the sorority, said she feels that her sisters give her a sense of family.

As a first-generation, Latinx student who worked in fields picking produce like cherries, apples and blueberries starting at the age of nine or 10, Herrera-Bravo said she found people like her in the sorority who she feels a connection to because of their similar backgrounds.

Daisy Montejano, standards officer and risk management officer, said she joined a multicultural sorority because of the ideal beauty stereotype in Panhellenic sororities.

“I don’t look like any of the girls who most likely would be seen in [Panhellenic] sororities,” she said.

Montejano said she felt like an outcast before and feels like she would be one in a Panhellenic sorority.

The sisters are able to support each other by letting them know they do deserve to be at WSU, that they worked hard to get there and continue to work hard to be there, she said.

They have used their shared backgrounds to raise money by making and selling Mexican treats they grew up with and love, Munoz said.

Even though they donate much of what they make each year to the American Cancer Society, the sorority recently donated $400 in support of the Black Lives Matter movement after the death of George Floyd, she said.

Munoz said she would like the sorority to donate to other organizations, like ones that support underrepresented communities, instead of solely the American Cancer Society.

While the sorority helps the women grow personally, it also helps them grow professionally. Garibay said she did not know much about being professional before joining the sorority because she is a first-generation student.

She said she has learned what it means to be in a professional setting, like what to wear and what an interview entails, because of Kappa Delta Chi.

Herrera-Bravo said she learned how to plan events in the sorority, which is a valuable skill she used in her role as a clerical assistant in the College Assistance Migrant Program. CAMP helps students with migrant-working backgrounds navigate their first year of college.

As the executive board plans for this year, the leadership team wants to bring more awareness to sexual assault, both in educating themselves and the community, Garibay said.

“We all feel it’s something that’s super important, and that we feel there’s many victims that maybe don’t speak up because they might not feel the support of either our organization or other sororities and fraternities,” she said, “so we’re trying to make ourselves more of a safe space.”

Montejano said she is not sure what her roles will look like in the fall. She hopes to use the sorority’s Instagram page to post school and self-care tips. One of the sisters could post about their personal planning skills, which could help other sorority sisters.

Garibay said she feels there is a separation between the different multicultural sororities and between multicultural and Panhellenic sororities. She wants to lessen that and strengthen them as a community. She would like to collaborate with other sororities as a way of empowering women.

“At the end, we’re all trying to bring each other up,” Garibay said. “We’re all going through similar experiences.”