Owner says he will miss customers; unknown what business will take over shop 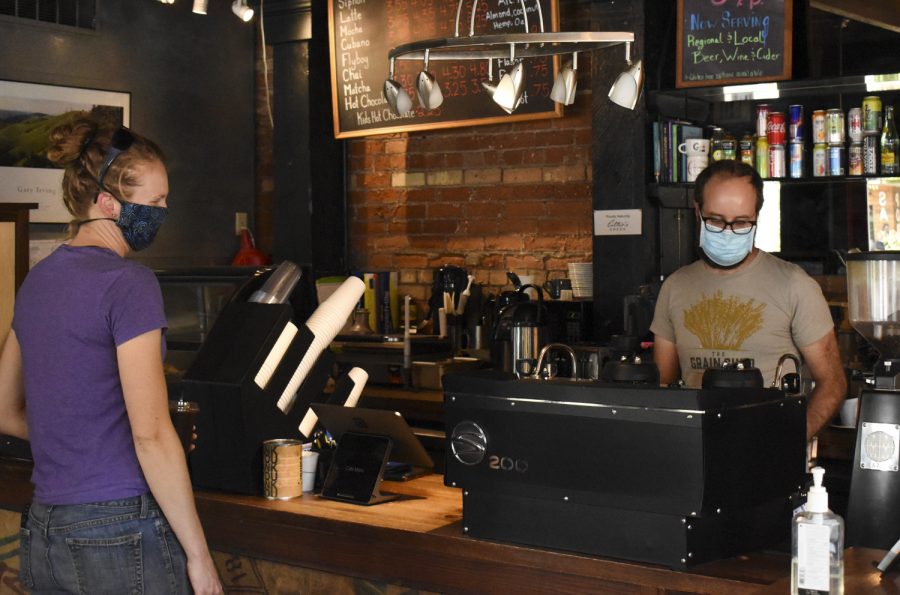 Owner Tyson Feasel works behind the counter at Café Moro on Friday morning. The coffee shop will close on August 20.

Owner Tyson Feasel, who had the coffee shop since 2011, said he made the decision to close because a financial recovery would be difficult. Though COVID-19 played a role in his decision, it was not, ultimately, the cause.

“I was getting out while I was still happy with the job I have done,” Feasel said. “There are enough sad stories about people losing everything, I’m just making a decision to put my energies toward something else because it’s time.”

Feasel said he plans to work on getting his private pilot’s license once he is no longer working at Café  Moro. He plans to re-enter the job market after taking some time off.

Feasel originally came to Pullman to study genetics at WSU, but he said working at Café  Moro is what made him fall in love with the community. He will miss the people he got to know after he leaves, he said.

“Some of my best friends are people I employed or got to know through here,” Feasel said. “There are so many good stories … I know people who had their first dates here that are married now.”

Cristina McAllister, Pullman resident and graduate student, said she frequently saw people she knew gathered there to work or socialize. McAllister started going to Café  Moro in the early part of her undergraduate years, which was around 2011.

Feasel and his soon-to-be wife met at the coffee shop and are getting married in September, he said.

“It had made it this far in the pandemic, and I was really rooting for Tyson,” McAllister said. “I think it’s going to be the best for him and I really hope he does well with what he does next.”

Feasel said he does not know what business will take over Café  Moro’s space.

“I feel very fortunate that I got to do this as long as I did,” Feasel said. “I wouldn’t take it back.”

Café  Moro is located at 100 E. Main St. in downtown Pullman and is open for business until Aug. 20.

This article has been updated to correct an error in the photo caption.