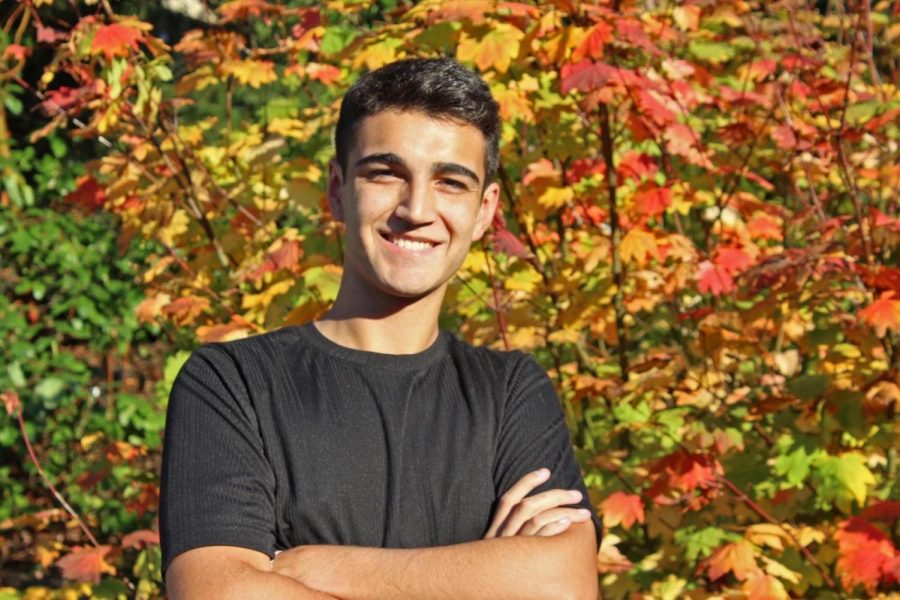 Alpha Tau Omega fraternity’s six-year suspension is only a slap on the wrist compared to the loss Jolayne Houtz and her family will deal with for the rest of their lives, she said.

“He was full of life, full of dreams and ideas,” Hector Martinez said. “He was the joy of our life.”

Houtz and her husband, Hector Martinez, are suing WSU, ATO and several individual fraternity members for the wrongful death of their son, Sam Martinez, who died in November.

Sam Martinez was a freshman studying business and entrepreneurship. He was also pledging to be a member of ATO, according to the family’s King County Superior Court complaint.

Sam Martinez died of acute alcohol intoxication following a “family drink night” event where pledges consumed excessive amounts of alcohol provided by their “big brother,” according to the complaint.

Fraternity members called for emergency medical attention at 8:30 a.m. the following day, but it was too late to save his life, according to the complaint.

“We didn’t know going in anything of what we’ve learned since [Sam died],” Houtz said. “He, and the entire pledge class, were subject to this pattern of hazing starting the very day school began and ending with his death three months later.”

WSU and the national fraternity system are complicit in the hazing that occurs in Greek houses, Houtz said.

“[We’re] speaking out at the beginning of the school year, in particular, to inform students and parents about what the fraternity system really looks like,” Houtz said. “There are many positives to being involved with the Greek system … what we didn’t expect is the dark underbelly.”

Houtz said she hopes their lawsuit will cause reforms in the Greek system to prevent future injuries and deaths.

Greek recruitment should be delayed until sophomore year, which would give students more time to establish themselves on campus, according to an opinion piece Houtz wrote for The Seattle Times. Houtz said she also wants to see a hard alcohol ban for events with students under 21, as well as a trained adult living in all Greek houses, among other reforms.

“The hard truth is that WSU has a drinking problem,” Houtz said. “It’s time to look that in the face and be transparent and open about it.”

The hazing that occurs in Greek life is an open secret that people in Pullman know about and tolerate, Houtz said.

Seattle attorney Rebecca Roe, who is representing Martinez’s family, said the current trial date for the suit is August 2021.

This is not the only open lawsuit against WSU fraternities, Roe said.

Neither Wynn Smiley, CEO of Alpha Tau Omega, nor WSU responded to The Daily Evergreen’s attempts at contacting them for comment.