‘He has always been humble’ 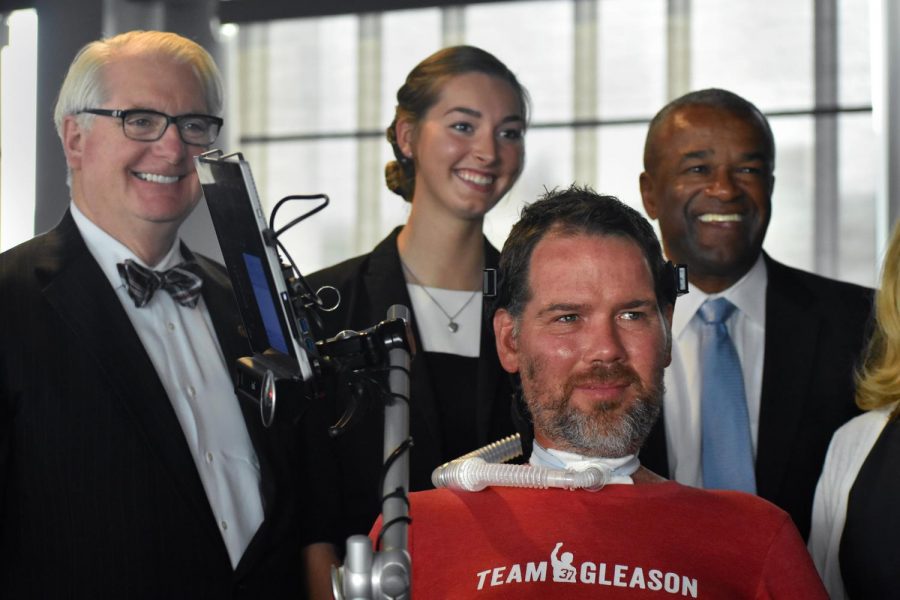 Former WSU football player Steve Gleason was diagnosed with ALS in 2011. Since then, he became an advocate for those with Lou Gehrig's disease.

Steve Gleason spent most of his time as a young adult in football and baseball uniforms. When he was diagnosed with amyotrophic lateral sclerosis, his priorities shifted.

For Gleason, nature continues to be a significant source of healing. At night, when he wants to spend time with his family, he puts a projector outside to watch a movie while spending time under the stars, Gleason wrote in an email.

“You could pick anywhere around the world, and he had a reason for why it fulfilled him,” said Blair Casey, Team Gleason assistant executive director.

Casey is a longtime friend to Gleason. He said Gleason is a father of two and is married to Michelle Gleason.

He is the epitome of the best dad and husband somebody could ask for, Casey said.

The mission of Team Gleason is to provide leading technology and equipment for people with ALS with the goal of improving accessibility, he said.

When Gleason was diagnosed with ALS, he began filming little video clips for his son, Rivers. The documentary, “Gleason,” was not his initial goal, but rather something he could leave for his family. If the experts were right, he had two to five years to live, Casey said.

“His friends, specifically one who he played with on the New Orleans Saints, told him he was onto something while making video journals for his son,” he said.

Gleason now has a 1 and a half-year-old daughter and manages to be a husband while wheelchair-bound.

“Not being able to hug and touch with COVID has got to be one of the hardest things ever,” Casey said.

Gleason has experienced things most people have not and has found a way for it to strengthen him, he said. Gleason continues to climb mountains, even during his climb through ALS.

“He has always been humble and wants the best for everybody,” Casey said.

Every summer, Gleason brings his family to Idaho, as well as to Spokane and WSU. Gleason spends the majority of his time with family outside, showing them the importance of nature, he said.

“The reason is I love being where I grew up, but I want my kids and family to understand how I came to be,” Gleason wrote in an email.

When Gleason played football and baseball at WSU, he had completed only a few days of training when he hit a single, and the next batter hit a ball into the outfield. The catcher tried to block the plate and Gleason, being about 6 feet and 230 pounds, completely tumbled the guy, Casey said.

“He was being competitive, but his main concern was making sure the guy was okay,” he said. “That’s how Steve is a person at heart.”