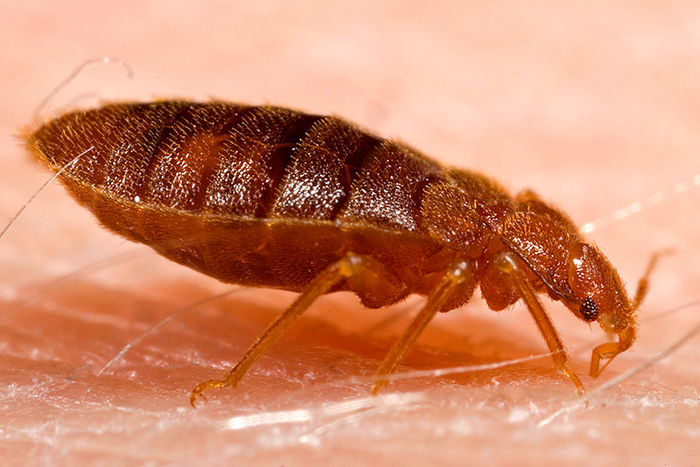 Although bed bugs typically inhabit large cities, a few cases have been discovered at WSU.

Robert B. Tattershall, director of Housing and Conference Services, said the chances of having bed bugs are just that—chances. Over the past seven years there have been two to three discovered cases at WSU each year.

While some happen in the dorms, most cases occur in the WSU apartments. Tattershall suspects this is due to the high rate of travel amongst students who live in the apartments.

“A lot of those students travel, and getting bed bugs can be as easy as stopping at a motel for the night,” Tattershall said.

Students often think they have bed bugs but actually end up having fleas or other pests, Tattershall said. When a student reports a bed bug issue to Housing Services, trained staff members investigate the room and determine what the issue is. They implement glue traps and carbon dioxide traps, as bed bugs are able to find their hosts by tracking carbon dioxide.

If the problem is bed bugs, the custodial staff helps prepare the student’s room for pesticide treatment.

Since bed bugs often hide in crevices, the staff must remove the outlets from the walls and the student must clear their belongings away from the walls so cracks can be dealt with properly. The room is then treated with pesticides while the student stays away for three to four hours.

“A lot of people say that it takes multiple treatments to get rid of bed bugs,” Tattershall said. “But we have a 99 percent success rate of only having to do one treatment.”

The cost runs about $100 per treatment, depending on how long it takes to complete the procedure. WSU does not charge for pest control and students are encouraged to report issues early on in order to avoid further infestation.

Bed bugs in Pullman aren’t isolated to the university dorms and apartments.

Brad. L. Bowman of Palouse Empire Pest Control Inc. has been in the pest control industry for 35 years. He handles non-WSU cases in Pullman, Colfax and surrounding areas.

“In 2015 I dealt with five or six cases in Pullman, one being pretty severe,” Bowman said.

Instead of performing one treatment, Bowman’s protocol for bed bugs includes four treatments in two-week intervals, and the tenants must follow a strict preparation list to prevent the spread of bed bugs.

“They [bed bugs] are the number one hardest urban pest to control,” said Fang Zhu, assistant research professor in the entomology department at WSU.

Zhu said mature bed bugs can live up to six months without a host. If they do have a host and the right conditions, their lifespans can be as long as a year.

These conditions include warm temperatures with 40-60 percent humidity and a human host. If a female has a host and feeds regularly, she can lay between one and five eggs per day. Many people do not realize they have bed bugs until the population has reached a shocking size.

In 1972, DDT, a common (and toxic) insecticide used to kill bed bugs, was pulled from the market. However, bed bugs didn’t become a huge issue until the early 2000s.

Tattershall thinks this could be due to the surge in international and domestic travel in recent years.

Zhu thinks another reason could be due to the residual effects DDT has on the environment. The continued use of DDT in tropical countries nowadays has resulted in current pesticide resistance in bed bugs, Zhu said.

Pyrethroid insecticides are a special class of fast-acting chemicals that are less toxic to birds and mammals and are relatively safe for the environment. However, they are not proving to be as effective as time goes on.

“88 percent of a bed bug population samples I took showed they were resistant to pyrethroid insecticides,” Zhu said.

DDT targets bed bugs’ sodium channels, which can be thought of as gates in the nervous system. When exposed to insecticides, the insect’s “gates” become stuck in an open position, which allows sodium to rush in and cause paralysis and eventually death.

Because of this process, the residual effect of DDT made bed bugs mutate and develop ways to resist the effects. These mutations are what allow bed bugs to resist pyrethroid insecticides, which also target sodium channels.

Aside from pesticides, sealing a room and raising its temperature to above 120 F is another way to exterminate the pests. This is a non-toxic way to kill both the adult bed bugs and their eggs. However, this treatment can be expensive and does not guarantee the insects will not return.

Zhu suggested when traveling in the summer to leave luggage in a car for a few days to kill bed bugs, as they cannot withstand the heat.

“Prevention is the best thing,” Zhu said. “Check your surroundings; wash your clothes and linens often. The best way to deal with bed bugs is to not get them in the first place.”