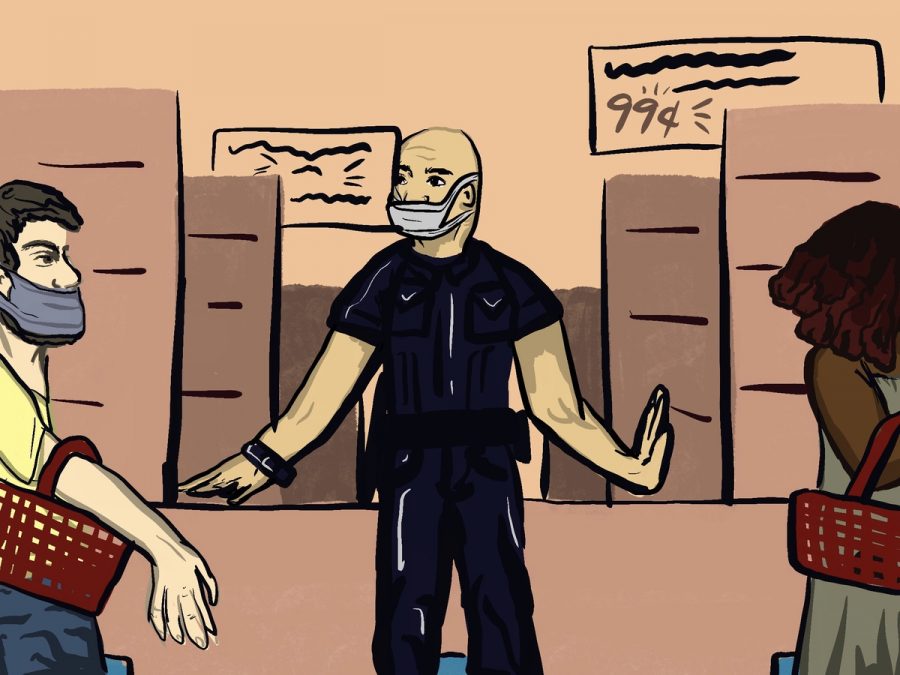 Pullman Police and WSU Police will be issuing referrals and warning to groups and individuals violating public safety regulations.

Pullman Police Chief Gary Jenkins said in a video that education and collaboration between police and residents are useful in reducing the number of public safety violations. Fines and jail time are last resorts, he said.

“I don’t think anyone should spend a day in jail over a mask violation,” Jenkins said.

Complaints about individuals not following public safety regulations are made similarly to noise complaints, said Pullman Police Cmdr. Jake Opgenorth. How officers address a complaint depends on a resident’s cooperation.

“We’ve been met with nothing but collaboration up until this point,” he said. “We’ve always had a good relationship with our community, and usually it just takes the right approach and some education efforts.”

There are two options when educating and cooperating with individuals fails, said Steve Hansen, WSU PD assistant chief. The first option is issuing individuals a referral for the Whitman County Prosecutor’s Office. If the individual is a student, they will be issued a referral for WSU’s Center for Community Standards.

If a large group of individuals is issued multiple warnings, the group’s host and non-compliant individuals can face legal punishments, Opgenorth said.

Charges against a group’s host can result in a civil infraction punishable by a $250 or $350 fine for repeated violations, according to the website. If the group does not disperse, individuals can be charged with a misdemeanor resulting in a fine up to $100 or 90 days in jail.

“We have to take these measures with a situation like this not knowing when they’re going to stop if we don’t follow them,” he said. “Theoretically, the worst case … is [Whitman County would] have to revert to Phase 1 or Phase 2.”