The call to abolish police needs to take into account other factors, issues 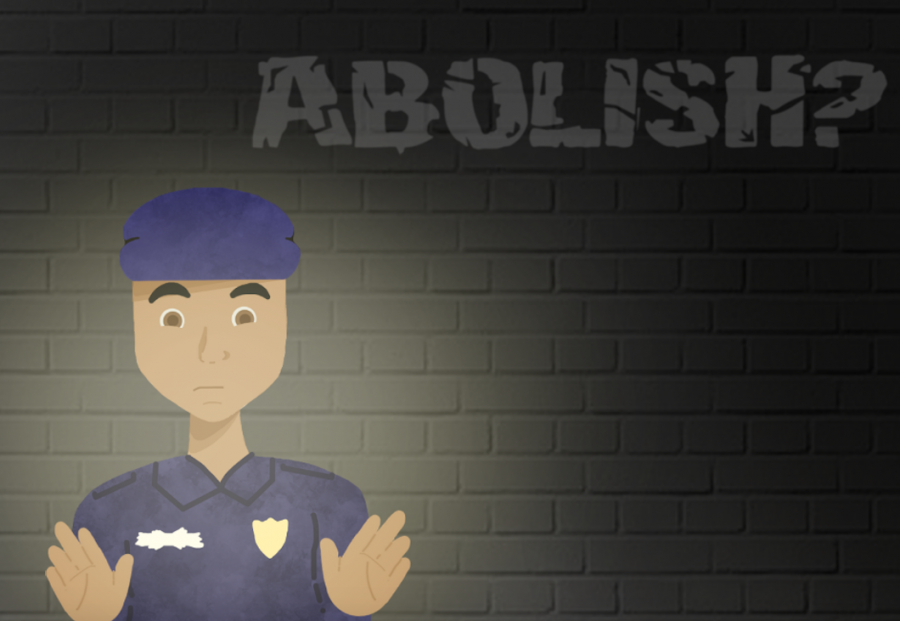 This summer's BLM protests called the abolishment of police into question. Is it an option?

On May 25, George Floyd died at the hands of a police officer. Since then, anti-police and pro-police protests have become prominent in America. As some cities like Seattle move toward abolishing the police, it’s important to understand what that means and how it affects communities.

The abolition movement and reformation have been around for decades. Oliver Bowers, WSU criminal justice and criminology doctoral candidate, said it seems police power has been ingrained in society.

“No one has ever asked me for identification – and I am very clearly British – but no one has ever questioned that, ever,” Bowers said. “Even I think that’s wrong; no one has ever deemed it necessary to do that, that’s bias. We’ve created a society where people who want to retain power, they criminalize things they don’t like.”

Defunding the police has been making headlines, but it’s important to know what it actually means.

Duane Stanton has 25 years of state police experience. He is a retired U.S. Army officer and is now a criminal justice and criminology instructor at WSU. He said many police departments are already underfunded.

“Many are already struggling with maintaining appropriate levels of training, equipment, purchasing cameras and maintaining storage, fuel costs and court costs,” Stanton said. “In more rural areas, one person is covering hundreds of square miles. Those responses are going to be very delayed because they can’t go to more than one accident at the same time.”

Policing budgets vary in each city and what that city is deemed to need. Some costs are affected by what equipment that precinct uses and what training is required for it. In Pullman, equipment like drones and grenade launchers affect spending and what it is used for.

“The average funding for education has gone up by 6 percent, in the same period of time the average police spending has gone up by 141 percent,” Bowers said. “Just ignore the fact that [Pullman PD] puts grenade launchers in their vehicles … the problem is, as soon as you have it, then you have to justify it and have to use it.”

However, Pullman has been making considerable changes in light of the protests happening across the U.S.

David Makin is on the Pullman Police Advisory Committee and said there are two developing events planned around the Black Lives Matter movements.

One is to engage the WSU community in community-based policing. The second is realizing what public safety should look like in Pullman. They are tentatively scheduled for November as this develops.

“We’re expediting the implementation of a couple of [policies]; one was an intervention policy for officers to intervene if they believe another officer is using excessive force,” Jenkins said. “We have already implemented that policy. Then the use of force is a part of our policy manual that we are again looking at the complete policy manual to revise.”

Stanton worked on crowd control in places like Portland and Eugene, Oregon. He said liability is a major issue when it comes to protests getting out of control.

“One of the main important things is the safety of protesters and police officers,” Stanton said. “Integrated tightly with that is the liability issues against both officers and agencies. No police officer or agency wants to show up on the front page of a newspaper showing an inappropriate use of force or power.”

Stanton said police officers record and video events to prevent liability issues so that if something goes wrong, there is documentation of how it happened.

“Officers want to employ crowd control measures that are not harmful to citizens, if at all possible. They do not want to employ measures that would hurt peaceful protesters,” Stanton said. “They want to control some protesters in engaging in tactics that are harmful to both citizenry, police and public property. That is the goal of every crowd control team: to use the amount of force necessary to mitigate and deescalate the incident.”

Police departments have seen the changes demanded of them around the country, and many are making changes to address the problems that activists have pointed out.

Will Hausa, chairman of the Washington State Commission on African American Affairs, said the police abolition conversation should move to talk about generational wealth.

“How do we deal with these communities to where they’re actually sustainable? Where communities are not in poverty-stricken areas?” Hausa said. “Where there’s not a need for additional police presence because of things that happened as a result of poverty? We never really have those types of discussions about how we can make those communities better.”

There is also a citizen responsibility to enact change in police departments around the country.

Jenkins said communities should be working to enforce the change they want.

“Throughout my career, I’ve seen similar events. Back in the ’90s, it was Rodney King. We had Ferguson; now we have George Floyd,” Jenkins said. “Those communities need to figure out what they want from their law enforcement agencies, and if they don’t want the cuts, they need to let the city leaders know.”

Hausa said not much has changed from past civil rights movements, like the violent demonstrations of the ’50s and ’60s.

“If you look back at past movements, many of these, what we call riots or demonstrations were the results of police violence,” Hausa said. “Unfortunately, there hasn’t been enough change and that’s where we see this cycle … Police have not stopped killing people because they have body cameras on. We just get to see it now. So what have we actually changed?”