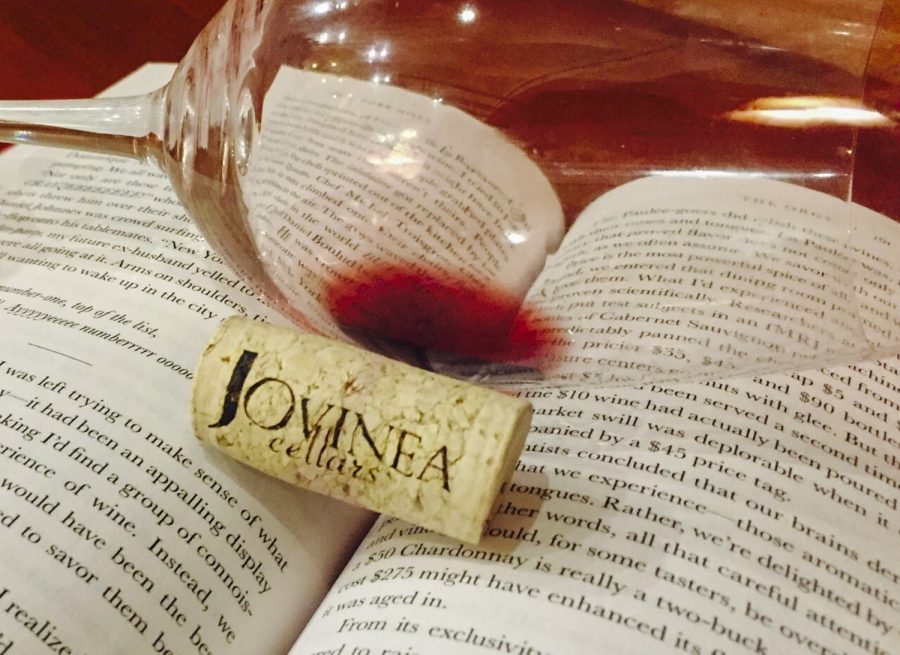 When Lisa Grigg, owner of Jovinea Cellars winery, began hosting the TelLIT storytelling events in January she was thrilled to see a large group gathered in her tasting room. Now it looks a bit different but the excitement remains.

Though the group’s growth may have been stunted by COVID-19, the literary community surrounding these wine tastings is proving to be stronger than just the lure of alcohol.

“We were close to 17 to 20 [people] the first time probably, in our little tasting room … I don’t feel comfortable doing that now,” Grigg said. “It’s producing creativity on how to make it happen and where to make it happen.”

Due to the pandemic Jovinea Cellars had to cancel the March, April and May events they had planned, as well as redesign the experience altogether. Needing to find a safer location to host than the small indoor tasting room led Grigg to host July’s event outdoors.

“We met out in the park, under some trees. It felt like Socrates and his philosophers just sitting out in the woods,” Guy Worthey, WSU associate professor of physics, said.

Worthey said the group of local writers and literature fans drawn to last month’s event may have been a sparse crowd, but regardless they brought amazing stories. He hosted the fourth event themed “Science the Heck out of it” and told the story of a French astronomer and his journey of trials and tribulations.

Worthey said the most memorable story from that night was that of an influential science teacher on the life of his student: the storyteller. He said it reminded him of some of his favorite interactions with students, and listening to it brought tears to his eyes.

“The teacher lent this student his own personal telescope,” Worthey said. “He could tell the student was shy and introspective, but would take care of a telescope.”

“You kind of feel that hope and that light that’s been missing, especially lately with coronavirus,” Grigg said.