FASA dances back to the beat of the roaring ‘20s 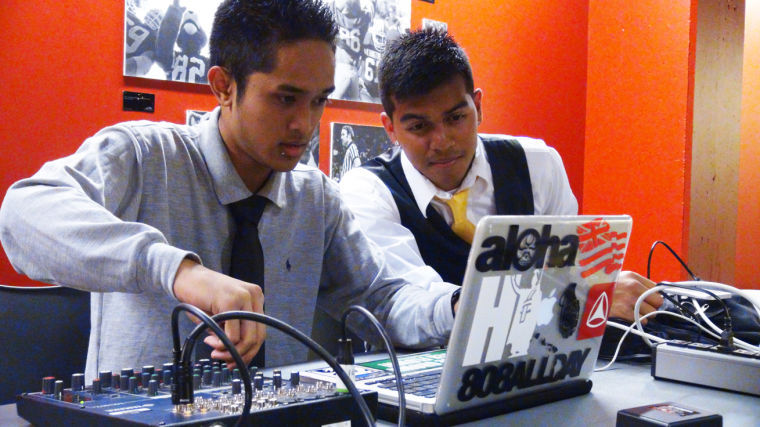 Channeling the characters of Daisy and Gatsby, the regional Filipino student community shared their culture at a Great Gatsby themed dance Saturday.

Joel Mamerto, president of WSU FASA, said the group’s mission of spreading cultural awareness around campus and bringing people together helps the student group and campus as a whole.

“I’m glad people outside of our close circles are coming out,” Mamerto said.

Jeremy Garcia, the public relations chair for FASA at WSU, said the formal offered the perfect networking opportunity during FASA’s 20th Anniversary as a student organization at the university.

“This dance is to promote what we do as FASA and help draw more members,” Garcia said.

The dance was an opportunity for them to network with members of regional FASA chapters, he said. In February, he said they will travel to UW for their FASA formal.

“A lot of these schools come out, and we all get to know each other,” she said. “We love everybody, so it’s our way of saying come down and have fun with us.”

Mamerto said seeing students from other universities together, no matter the rivalries, is encouraging and fun to take part in.

“There are no growing pains when they come in,” he said. “There are a few people visiting from UW, and they feel at home and are welcomed even though they’re from UW.”

FASA members at WSU host other workshops on sharing their culture and the history of their organization. They also table for events including dances, alumni nights and dinners

The group looks forward to upcoming events such as Date Auction, Filipino Culture Night and Filo Olympics in the spring. WSU FASA members will continue to build their community by hosting other FASA chapters throughout the Pacific Northwest at their events.