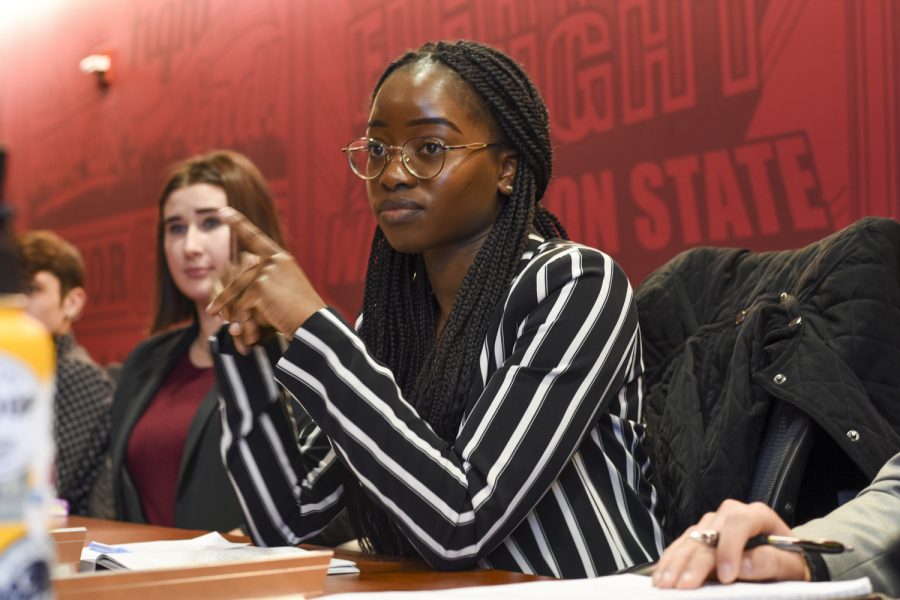 ASWSU returned for the first session of the year Wednesday night over Zoom and confirmed three students to legislative positions and another as director of diversity, inclusion and veterans affairs.

Jenna Fitzgerald, junior philosophy major, was confirmed as the director of diversity, inclusion and veterans affairs. She said her goal is to represent students and make them feel like they have a voice.

“I want them to feel as if they matter,” she said.

Fitzgerald is also the president of the Black Women’s Caucus. She said she wants people of color to feel more comfortable at WSU.

Senator Oluwanifemi Shola-Dare said she wants to see Fitzgerald create a plan that will encourage diversity.

Fitzgerald said she plans to bring current issues, like the Black Lives Matter movement, to the forefront of ASWSU.

“The Black Lives Matter movement will not go unnoticed, especially by ASWSU if I have a hand in it,” she said.

Tania Hernandez, senior political science major, was confirmed as senator for the College of Arts and Sciences. She said her focus will be strengthening communication between the senate and student body.

“Students need to hear from ASWSU now more than ever,” she said.

As a transfer from WSU Global Campus, Hernandez said she can relate to the current challenges students are facing.

“I’m looking forward to hopefully passing legislation that makes students feel like they’re at WSU while at home,” she said.

Sophia Daigle and Clara Ehinger were confirmed as freshmen delegates.

Daigle, freshman finance major, said her focus will be environmental awareness as well as providing freshmen with opportunities to connect with each other over Zoom. She said she wants to create an environment where freshmen can interact outside of the classroom.

Ehinger, freshman civil engineering major, said she feels she can make a positive impact and represent the WSU student body as a freshman delegate. She said she plans on creating more opportunities for students to socialize like having trivia nights over Zoom.

Ehinger said she plans on reaching out to freshmen for feedback on what changes the student body would like to see.