Plan to be submitted in December; will outline goals for implicit bias training 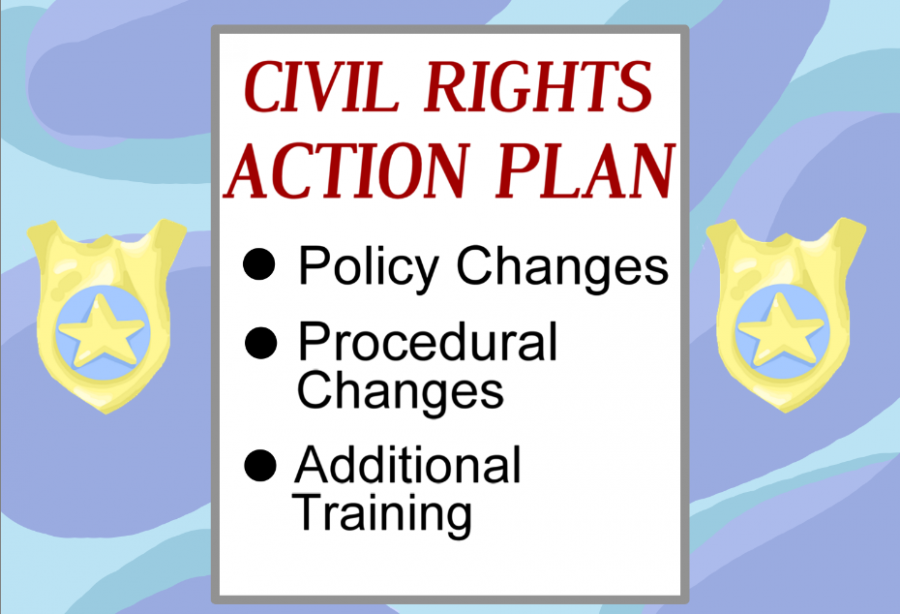 The WSU Police Advisory Board will meet virtually Sept. 8 to begin developing a Civil Rights Action Plan for the WSU Police Department.

The Civil Rights Action Plan will include goals for implicit bias training. It will also detail several objectives for policy and procedural changes within WSU PD, said Trymaine Gaither, Police Advisory Board co-chair.

CCR analyzed about three years of WSU PD policing data, according to the report. CCR found that 10.9 percent of the 862 arrests that occurred between January 2016 to September 2019 involved Black people, even though Black people make up only 2.7 percent of the population in Pullman.

Arrests in the police data included situations where individuals were not put into custody, such as receiving citations for driving without a license, according to the report.

The data itself has limitations, according to the report. Therefore, CCR was not able to connect the disparities, regarding the arrests of Black people to white people, to patterns where an officer intentionally participates in discriminatory practices.

In the report, CCR listed several recommendations for WSU PD, including the creation and implementation of a Civil Rights Action Plan. The plan should be submitted to CCR by Dec. 18, according to the report.

WSU PD Chief Bill Gardner said CCR’s investigation was a result of an Evergreen article in August 2019 that had similar findings to CCR’s report.

“It was concerning to us,” he said, “so we decided to expand the scope of that study and get some outside assistance at looking at those numbers.”

After CCR published its report in May, WSU PD analyzed each arrest that involved Black people. Gardner said they looked at what types of arrests were involved, as well as other data associated with those arrests.

He said they did not find any specific issue in those arrests. Although it was helpful to analyze the data, he said it did not provide any clear explanation for the disparities behind the arrests.

“I won’t say that they aren’t caused by implicit bias, but that might not be their primary cause,” Gardner said.

Aside from working with the Police Advisory Board, WSU PD will be collaborating with research professionals and other law enforcement officials, including the state’s police academy, he said.

WSU PD officers will undergo periodical training. Training is a difficult landscape to overcome, he said, and it would be inappropriate and unrealistic to only conduct one implicit bias training.

It is also important for officers to share their passions with the community so that officers can strengthen their relationships with community members, he said.

Gaither said CCR’s report was disturbing and has to be addressed, even though it might lead to uncomfortable conversations. He hopes the Police Advisory Board will make it easy for community members’ voices to be heard.

“When you have this kind of disparity affecting one group in the community, the entire community is affected,” he said.

The Police Advisory Board has representatives from different groups in the community, including the Black Student Union and ASWSU. Gaither said the board will be meeting two hours every other month throughout the academic year, starting in September.

BSU Secretary Yubi Lojewski said the Police Advisory Board will give WSU PD an understanding of what it can do for the community. She said BSU is looking forward to seeing more action and input from WSU PD.

“I think a lot of the time, as marginalized students, we often voice our concerns about a multitude of things,” Lojewski said. “After some point, there has to be some action from the police department.”

BSU VIBES Co-chair Shanelle Brown said she is hoping that her role as a student representative on the board will help bridge the relationship between WSU PD and the community it serves.

She said student representation in the board is important because WSU students make up a large part of the Pullman community.

ASWSU Chief of Staff Jhordin Prescott said including students’ voices in the Police Advisory Board is a step in the right direction. She said this can help increase transparency and promote more discussions relating to students’ safety.

“I think that a lot of times the dialogue is absent when situations arise,” she said. “In those situations, making sure we have those communities who are most affected be present in the conversation [is important].”