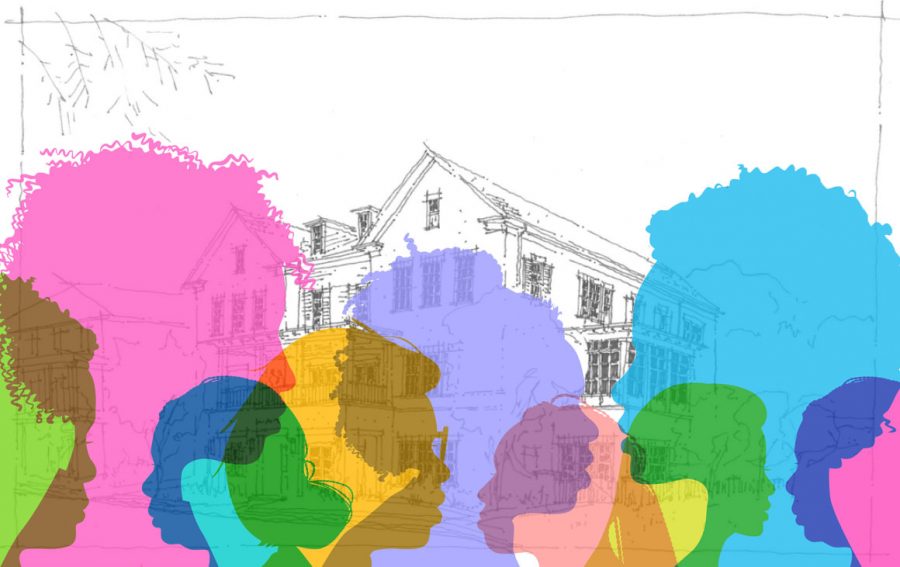 The WSU Greek community needs to be more inclusive and welcoming of diverse members, whether that's race, sexuality or religion.

WSU Greek life – specifically Panhellenic – is not doing enough to encourage diversity in its chapters. However, emboldened by their own passion for overcoming racial inequality and the need for change, three women in Kappa Kappa Gamma’s Gamma Eta chapter came together to co-lead as a new Inclusivity Chair.

These women are using their access to encourage constructive change in their community, and take performative activism to a novel level of real influence. Their example will hopefully lead to education and growth on a wider scale in all chapters in the community.

After months of turmoil in our country, it was a personal desire to make lasting change that drove Paola Quijada, Sadie Justus and Alayna Marsh to apply for the position as the first inclusion chairs in their sorority. It was only recently suggested by the sorority’s council, but once the idea was formed, Kappa’s leadership ran with it.

“We started discussing what was going on with Black Lives Matter and the murder of George Floyd, and, you know, what that means, and what we were going to do moving forward,” Quijada said. “We started giving out some ideas, like the inclusion chair, or programming that was more diversity-oriented.”

But they don’t want to stop at required programming for their members.

As a biracial woman in the Greek community, Justus said it was important to her to give herself an opportunity to both teach people and to learn more about racial inequality and other civil rights issues.

“Touching on Greek life as a whole — I think we’ve realized that there’s more we can be doing than just posting on Instagram,” Marsh said. “It’s the stuff that other people don’t see that’s really important.”

And she’s right. Addressing issues like our community’s price for membership is one of the most tangible issues that we could tackle.

“If Greek life was more affordable, we would be able to have so many more diverse people from different backgrounds … and we would have so many more amazing people who could add to our community, that, the only reason they can’t is financial reasons,” Marsh said. “That seems crazy to me that that’s a thing.”

Like so many American traditions, Greek life is unfortunately rooted in a history of racism. Whether it’s blatant racism, like chapters who would not admit members of a minority race, or in hidden ways, like the exorbitant price of yearly dues, or a minimum number of required live-in semesters (which can be more expensive than living out of chapter facilities), Greek chapters often existed for the benefit of the white and affluent.

For many students coming to college, a social organization like a sorority or a fraternity gives them opportunities for more than just access to social functions. The women you meet become your support system during hard times. Leadership opportunities within your chapter are an incredible way to challenge yourself. Connections made in college can lead to job opportunities after graduation. But for those who cannot afford something as simple as chapter dues, these opportunities have to be found elsewhere.

It is not enough to simply say that Greek life welcomes people of every race, sexual orientation and religious belief. The Greek community needs to actively create a culture of acceptance by educating our members on both historical and current events that affect civil rights issues. We need to create an environment that is accessible to both the affluent and the students paying their own way through college.

In the same way many young, white women have created a space for themselves to find sisterhood on predominantly-white college campuses, women like Quijada, Justus and Marsh have come together to create another space.

This space strives to educate, diversify and include everyone in a community that has some growing to do.

Some steps that you can take to educate yourself:

Question how you think and your own biases. Talk to your friends and family about these questions.

What can I do to support people of color in my community?
How can I be actively anti-racist instead of simply “not racist”?
What are my local politicians’ policies on ending police brutality?
Am I registered to vote?
Am I educated on the positions of both Republicans and Democrats on this issue?
When was I taught about race and culture? Was I taught?
How do I plan on helping to fight to end racial discrimination and systemic oppression?
How can I use anti-racist knowledge to change and progress conversations with friends, families and peers?

“The New Jim Crow” by Michelle Alexander
“White Fragility” by Robin DiAngelo
“Me and White Supremacy” by Layla F. Saad
“The Color of Law” by Richard Rothstein
“Women, Race, & Class” by Angela Y. Davis
“Why I’m No Longer Talking to White People About Race” by Reni Eddo-Lodge
“So You Want to Talk About Race” by Ijeoma Oluo
“Six Ways Asian-Americans Can Tackle Anti-Blackness in Their Families” Article by Kim Tran

Even if you have done all of these things, your job is not done. This civil rights movement is just beginning, and our part to play is constantly evolving. Stay educated and up-to-date even when the hashtags aren’t trending and the stories are no longer making the front page.