Two parents talk pros, cons for students deciding to travel back to Pullman 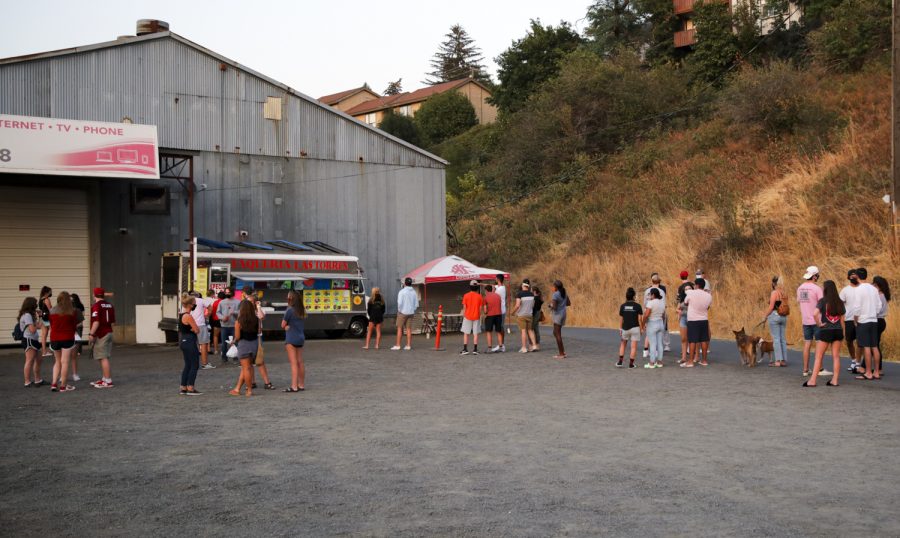 One parent said her student decided to quarantine before coming back to her Pullman apartment, and her roommates will not participate in social gatherings.

Before fall began, parents and WSU students had a decision to make: come back to the Pullman campus or stay at home.

Due to the rise in confirmed cases in Whitman County, WSU issued a statement warning students they would face disciplinary action if caught gathering in groups with 10 or more people.

Alyssa Clemsen is the mother of a junior economic sciences major with a minor in math and French.

After leaving WSU in March, Clemsen said her and her family decided they were going to start discussing the plan for moving back to Pullman when June hits.

Her daughter has a lease in a Pullman apartment with a roommate, so the Clemsen family and the roommate’s family had conversations about expectations for the school year, Clemsen said. Both of the students are 20 years old, and for them, transitioning to an apartment is part of becoming an adult.

“Little chicks have to spring the nest,” Clemsen said.

Experiencing college with students of the same age is important, she said. If a class is hard or if they’ve had a bad day, they can talk to each other. Our daughters can have someone their age to have a relatable conversation with, Clemsen said.

She said if her daughter were to catch COVID-19, she would go to Pullman to take care of her.

Pauline Salo, another Coug parent, has a daughter who is a sophomore music major. Her daughter signed an apartment lease in January and is living at The Ruckus Student Living in Pullman.

“She really didn’t do well last spring here,” Salo said. “Her two roommates are music majors and one is a chemistry major, and [Salo’s daughter] felt she would get better support through them than through her parents.”

After weighing the pros and cons, Salo said her daughter wanted to be with her friends. The financial side of the debate didn’t change because they would have to pay rent no matter what.

Salo said her daughter has a good head on her shoulders, and all of her roommates quarantined before coming to Pullman. In addition, they’re not participating in social gatherings.

“She’s adulting,” she said. “She can make that decision.”

“You’re the future, lift your head up and look around. The world is bigger than you. This isn’t about you,” Clemsen said. “It’s about protecting this wonderful community that is Pullman.”