‘She’s kind of a powerhouse’

Student leader has dream to become an immigration lawyer, an advocate for undocumented families 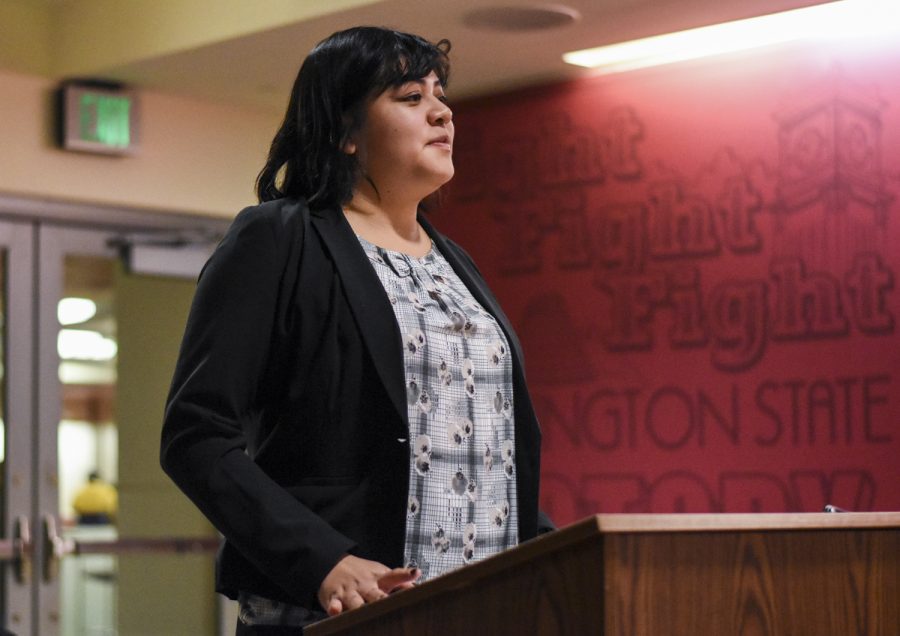 Samantha Cruz Mendoza is serving as both an ASWSU Legislative Affairs director and president of the Washington Student Association.

For Samantha Cruz Mendoza, immigration issues hit close to home, and she knew the only way she could attempt to fix a broken system was to pursue her dream of becoming a lawyer.

When Mendoza started at WSU, she said she planned to just focus on her schoolwork, but she became involved with ASWSU as deputy director of Student Affairs. Although she enjoyed the experience, Mendoza said she discovered her real passion was in political advocacy.

This year, Mendoza is serving as both an ASWSU Legislative Affairs director and president of the Washington Student Association. She plans to graduate in spring 2021 with a bachelor’s degree in political science and criminal justice and criminology.

Mendoza’s position as a director of legislative affairs allowed her to lobby in Olympia and speak with legislators to create real change for students, she said.

“She knows how to handle herself, she knows how to walk into a room and take control of it,” said Bryce Regian, one of Mendoza’s good friends in ASWSU. “Especially when it comes to lobbying, she’s kind of a powerhouse.”

Leadership roles are not unfamiliar to Mendoza. She grew up being the oldest of four children, and often played the role of a second mom when her parents were busy, Mendoza said. She helped her parents fill out taxes and other important documents because English is a second language in her household, she said.

Mendoza grew up in Bellingham with an undocumented family. This made her aware from a young age about many issues immigrants face in America, Mendoza said.

“My mom had me when she was 16, and she’s been the driving force of everything,” Mendoza said. “She wanted to give me every opportunity she could since she didn’t have anything. She’s always pushed me to pursue my education.”

The highlight of her college experience was being involved with getting the undocumented student loan bill passed, which created a program for students under Deferred Action for Childhood Arrivals (DACA) to receive state student loans, Mendoza said.

“I really value education — that is why I’ve gotten so involved in advocacy for that because I feel everyone deserves to learn what they want,” she said.

Mendoza plans to go to law school at her dream school, New York University, after she graduates from WSU. She hopes to be an immigration lawyer and help other families in similar situations to her own.

“She’s really quirky and never not a good time to be around,” Regian said. “She tends to light up rooms whenever she walks in them.”

Mendoza encourages new students to get involved as much as they can at WSU and take the time to explore all the organizations offered on campus.

“If you work hard for something that you deserve,” Mendoza said, “then you deserve everything good that you reap out of it.”