Biden, Harris, Obama all stood out as proficient, eloquent speakers 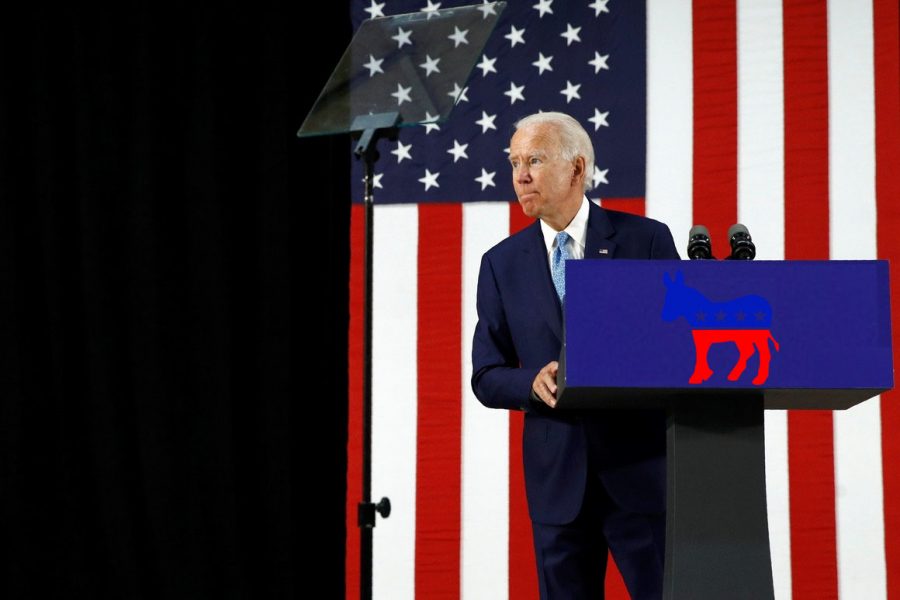 Joe Biden and Kamala Harris are the answer this country has been looking for.

Biden spoke across party lines to demonstrate he will work for Republicans along with Democrats.

The convention was delivered differently than in previous elections due to the coronavirus pandemic; it was conveyed virtually with no in-person crowds.

“It’s hard to say [if the online format was successful]; there were probably fewer people watching this type of convention that had to be conducted online,” Travis Ridout, WSU political science professor, said.

Ridout said some of the novelties of celebrity appearances and the confetti and balloons had less impact without a live crowd. He said the convention was a positive, unifying look for the Democrats, with a strong showcase of Biden.

Biden came across as a strong, competent leader and shrugged off the expectations of him making blunders during his speech. Biden looked confident while delivering the speech of his life, getting emotional while talking about COVID-19’s impact on America.

Former President Barack Obama also had a knockout speech, emphasizing the importance of electing a President that protects all Americans. Along with his praise of Biden, he discouraged viewers from voting for the incumbent president Donald Trump.

“Donald Trump hasn’t grown into the job because he can’t,” Obama said at the convention. “The consequences of that failure are severe.”

The severe consequences that Obama described are the 185,000 (and counting) American deaths from the pandemic.

“[It was] the primary driving force of the convention,” Hiler said. “It stood out to me that there wasn’t a lot of policy — there was more appeal to emotion.”

Hiler said the most notable part of the convention was the keynote speeches, saying that Biden, Obama and the VP nominee Kamala Harris all had great speeches. He said they were successful in getting across what they wanted but could have touched more on policy.

The most important and patriotic thing that an American citizen can do this fall is vote. Washington is a vote-by-mail state, so turning ballots in on time is very crucial.

“I encourage everyone to register to vote, and to put your ballot in a drop-box … this is a really important year for the United States,” Hiler said.

This year truly is a game-changing year for politics, and casting votes must be done by everyone who is able.

Biden is a proven politician with 36 years as a senator and eight as vice president to Obama. He cares about American lives and will lead the U.S. with empathy and passion through the pandemic. He will take America into the future.