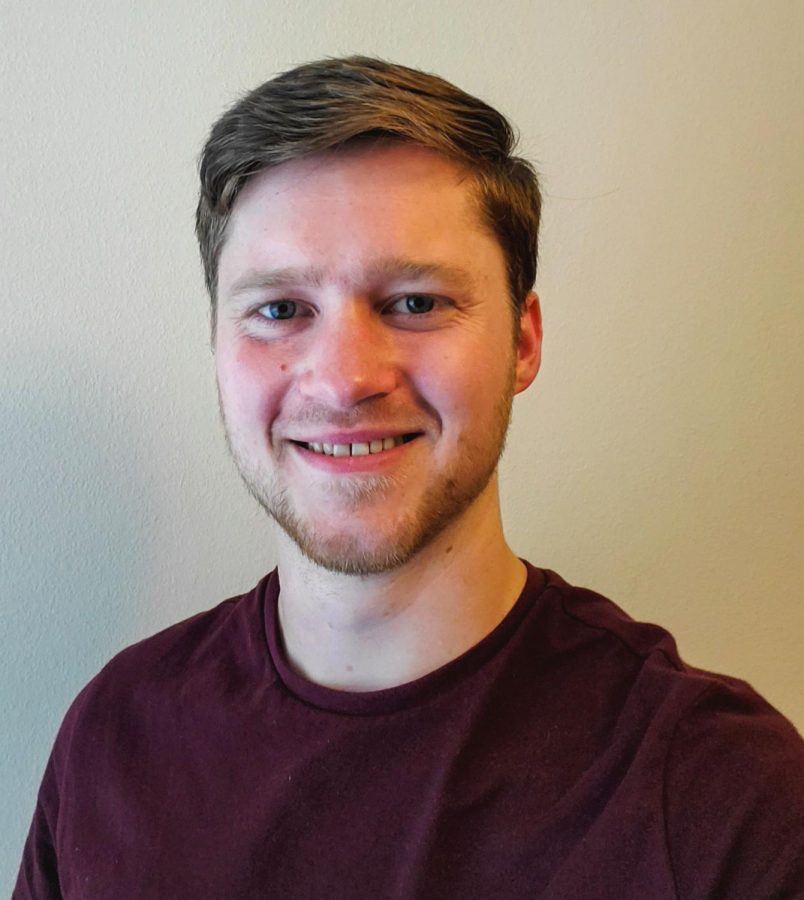 WSU student Samuel Karcher has been analyzing the behavior of nuclear fuel in different storage conditions since 2017.

A WSU doctorate student’s research paper landed him a second-place spot in the Innovations in Nuclear Technology Research and Development Awards Program.

Samuel Karcher, materials science and engineering doctorate student, said he analyzed the behavior of nuclear fuel in different storage conditions in his paper. It was published in May in the Journal of Nuclear Materials.

Karcher said the purpose of the research is to find safe and permanent solutions to dispose of nuclear fuel.

“We look at how used nuclear fuel degrades in different conditions, such as groundwater chemistry,” he said.

The Department of Energy sponsors the award program. The program honors undergraduate and graduate students who do innovative research in the field of nuclear technology, according to the program’s website.

Karcher’s paper placed second in the program’s used fuel disposition category. This category focuses on research papers relating to the storage, transportation and disposal of used commercial fuel, according to the program’s website.

Karcher’s ongoing research is done through WSU’s Nuclear, Optical, Magnetic, and Electronic Materials Laboratory. He works with John McCloy, professor at WSU’s School of Mechanical and Materials Engineering, who was also involved in the research paper.

The project began in 2017. Karcher said no one at WSU is doing the type of research they are doing.

“The part of figuring something out that no one has really done before here is fun,” he said.

McCloy, principal investigator of the research project, said he has known and advised Karcher since his undergraduate years at WSU. He selected Karcher because Karcher was not afraid to take risks and take advantage of opportunities presented to him.

“[Karcher] really jumped in with both feet on anything that I’ve asked him to consider,” he said. “He’s willing to learn and to work hard to learn what he needs to be successful.”

During the summer 2019, Karcher said he worked with the Pacific Northwest National Laboratory in Richland, Washington, which contributed to the growth of the research project.

McCloy and Karcher also visited the University of Sheffield in England because the university conducts similar nuclear technology research. Karcher said he received hands-on experience during his time there and attended conferences in Belgium and Vienna.

“[Karcher’s] really been able to go outside of the bound[s] of WSU and really make an impact on the greater scientific community,” McCloy said.

Karcher said this was their first published paper since the project’s start.

“We kind of got the verification that the work we’re doing is good and recognized on a national scale,” he said. “It was nice and shows that what we’re doing is worthwhile.”