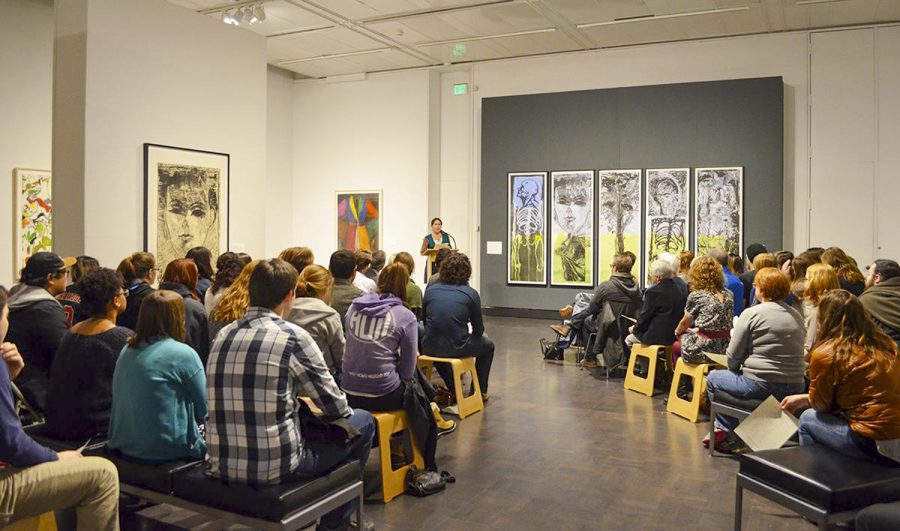 In the past, the English department has hosted the Visiting Writers Series where authors come to campus and lead creative readings, class visits and workshops. Like many annual events, this year has presented an interesting set of challenges forcing organizers to adapt to the new normal.

Over the past few months, regents professor Debbie Lee and the rest of the Visiting Writers Series team have organized what has become one of their most exciting line-ups to date. The series centers around the themes in Trevor Noah’s “Born a Crime”, the common reading book for this year, Lee said.

She also said that Kelly Yang, the speaker for Sept. 23, really stood out to her at the event when she spoke about going to law school at 17 years old and how it informed her experience in the publishing industry. Their inherent connection really encouraged Pang to try to get in touch with Yang to be a visiting writer, Pang said.

“The first one is an agent panel, so anyone who’s interested in publishing a book, or an essay, or would maybe like to get into being an agent themselves,” Lee said.

Both Lee and Pang had a lot to say about past experiences with the Visiting Writers Series. Last year, prior to the pandemic, WSU hosted “The Tradition” author Jericho Brown.

“And this is an amazing story … he came the beginning of March, it was an amazing event, and he visited classes. He spent like an hour and a half signing books. [The whole] community came,” Lee said. “Then, COVID hit … a month and a half after that, he won the Pulitzer Prize for Poetry … It was awesome!”

Pang said the first time she went to one of the Visiting Writers Series events, she was kind of nervous because she didn’t know anyone yet. The opportunity to go to these events anytime and anywhere is something a lot of students should try and take advantage of.

“I think people will be like, ‘Okay, I can actually attend this because I don’t have to leave my dorm or my apartment. I can actually just tune in and just hear these speakers,’” Pang said.