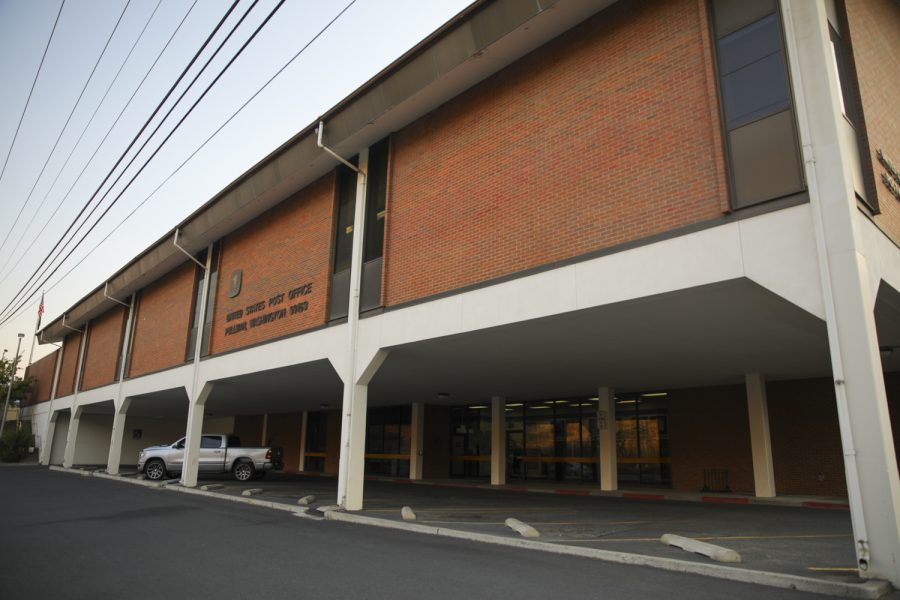 The Pullman USPS saw an influx of mail to deliver once quarantine hit because people are choosing to shop online over in person.

Postage has come a long way from its humble beginnings in the country, especially now that Amazon has become so prevalent during quarantine.

In downtown Pullman, what once was the historical United States Post Office building stands taller than all except Evolve. Now, the building is used as a brewery, Pullman postmaster Travis Rollins said.

Rollins first started working for the post office in 2012, he said, but he became the postmaster in 2018.

One major change Rollins has seen during his career is the increased orders from Amazon, Rollins said.

He said the growth of apartment infrastructure has been a consistent stress on the USPS in Pullman. With new apartment buildings, this means more students to deliver packages to. He said they had to hire more employees due to the expanding population.

Historically, the USPS connected America for hundreds of years before the creation of the internet. The first Postmaster General was Benjamin Franklin, according to the USPS’s website. He was appointed in 1775 before the U.S. was even an independent nation.

Rollins said delivering mail to the rest of Pullman has been pretty consistent with a regular year despite quarantine. He said there has been an increase in the number of Amazon packages this year.

“The packages have really been stacking up this year,” Rollins said. “Definitely a lot more than any time previously.”

Rollins said the post office have less customers in the summer than during the school year.

“It drops off considerably,” he said. “When there’s less students, there’s just less people in general for us to deliver to.”

He said that delivering mail this year has been very different from previous years, mostly due to WSU having far fewer people coming into town. Because of the fewer people, they deliver far less mail to WSU, including both students and faculty.