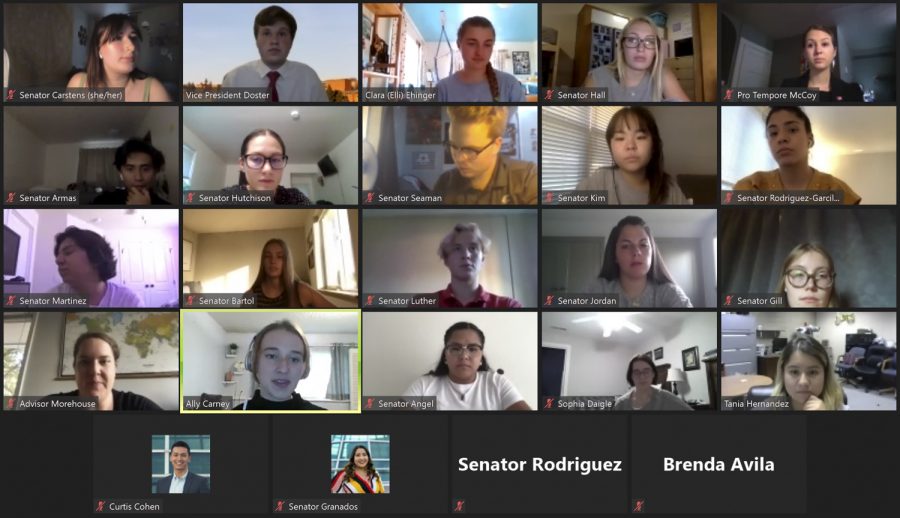 Clara Ehinger and Sophia Daigle were sworn in as freshmen delegates and Tania Hernandez as senator. Senator Jocelyn Granados announced she was stepping down as senator.

Officials from WSU Transportation Services introduced themselves to ASWSU and explained ways students can get involved with the department during Wednesday night’s meeting.

John Shaheen, WSU Transportation Services director, introduced himself and his colleagues to the senate.

“Our operation kind of affects the entire campus and students in a big way,” he said. “We think it’s important for us to get in front of the student leaders and let us introduce ourselves.”

The transportation task force is composed of 15 members, three of which are appointed by ASWSU, he said. The task force makes decisions regarding facility management.

He said students can also get involved by joining the transit advisory group and the parking appeals group.

The transit advisory group will be reviewing whether they should reduce transit fees when they meet later this month, Shaheen said. This is because less students are using transportation services due to the switch to distance learning.

The parking app allows for contactless pay at parking meters, and gives users notifications on their parking time, Boyan said. Users can also add money to the meter from their phone.

Clara Ehinger and Sophia Daigle were sworn in as freshmen delegates, and Tania Hernandez was sworn in as senator. They were appointed to the respective positions at last week’s meeting.

Senator Jocelyn Granados announced she was stepping down as senator due to financial reasons.