Escaped pets, strange roommates are all highlights of the dorm experience 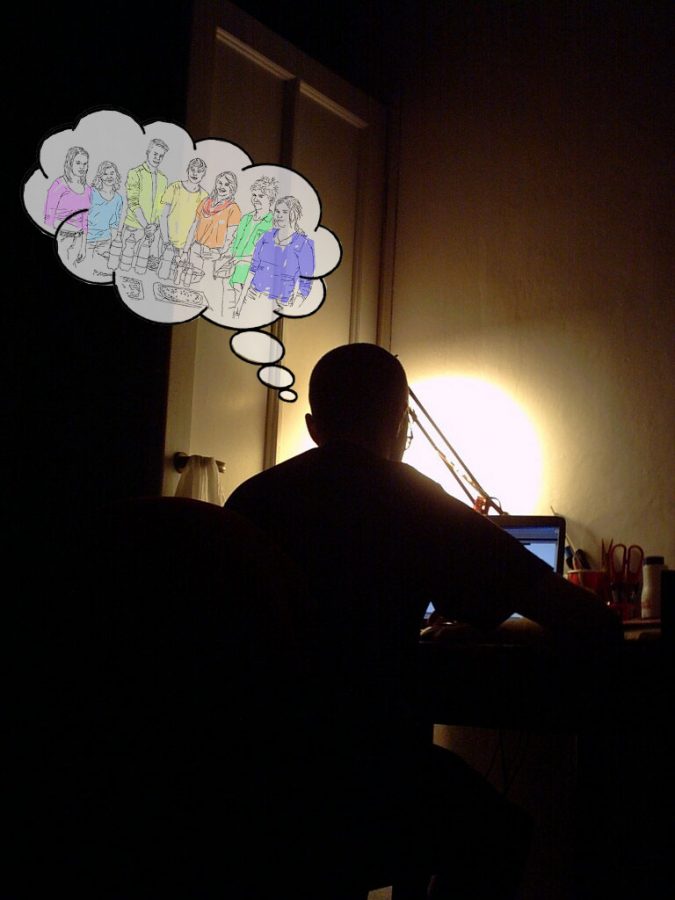 Whether it's crushed crayfish or ghost roommates, the dorms will always be an interesting, surreal experience.

Living in the dorms provides a unique experience — at least one that I never expected.

I lived in the dorms for two years before moving off campus – first Rogers Hall, then in Olympia Avenue – and I quickly discovered that dorm life is its own unique world.

In Rogers Hall, there was a half-eaten doughnut that sat in the stairwell for weeks. I saw a man in the shower on an all-female floor. My roommate thinks she saw people trying to summon a ghost in the kitchen late one night. A man with a towel over his face greeted us with a banshee wail from one of the top floors of Gannon-Goldsworthy Hall as my roommate and I walked to the dining hall.

In Olympia, my neighbor could be heard “moving furniture” many times throughout the week. That same neighbor once stepped on our Resident Advisor’s escaped pet – a crawfish or something, I believe – resulting in its tragic demise. I saw a loose cat being chased down the hall by a desperate couple.

Some of my classmates noted incidents with stalking, constantly broken elevators in the Stephenson Complex or Gannon-Goldsworthy and many nights standing outside in a towel because someone burnt ramen (again). If college taught me anything, it is that even if you think a food is impossible to burn, someone will manage to char it beyond recognition.

Annelise Wagner, senior English major, lived in Gannon her sophomore year. Wagner said her father told her she should get the full college experience in the dorm.

“So many people — when they were really drunk or on different kinds of recreational drugs — completely trashed the bathroom,” Wagner said. “Our custodian could not take it, so she ended up quitting.”

She said one girl smeared feces all over a bathroom stall – she believes that was the custodian’s last straw. She also said a lot of students sneak in alcohol and drugs.

Similar to Rogers Hall, Wagner said there was a significant amount of smoking. Wagner said her floor was like a “hotel for dogs” and that many students had not-so-secret pets varying from hamsters to dogs.

Wagner said she saw about six people standing outside in a circle while chanting late one night during their time in the dorm. Despite these weird incidents, Wagner said she believes living in the dorm is a “rite of passage” due to the unique experience it offers.

Dorms also offer a strong sense of community. Wagner said everyone became fairly close on her floor and even those who were not super attached to one another tried to be supportive. For the experience alone, she said freshmen should try living in the dorms.

Brianna Kostecka, resident adviser in Regents Hall, said when working as an RA you get out what you put in.

Kostecka said her job is very rewarding despite the challenges. Last year, she said it was sometimes difficult working with the restrictions for male guests in all-female dorms.  This year, the coronavirus regulations mean it is much harder for her to institute the sense of community that she aims to provide.

“You do see a lot on the ground,” Kostecka said.

She said even with the protocol put in place, cases involving alcohol are the most interesting. Kostecka said the community aspect is the most unique experience the dorms can offer, and it feels different for a lot of people because they are coming from living with family to living with a lot of strangers sharing personal space.

The closeness gives incoming students a great opportunity to make friends not only through the programs available – such as raffle nights, movie nights or study groups – but also through the fact many buildings have a class option available specifically for those residents.

Kostecka said the program she enjoyed putting on most was connecting with a professor of a particular class and hosting a midterm study session for the course. The RAs act as a resource for the students on their floor by helping connect them to more resources and adjust to life at the university.

Kostecka said she remembers assisting a student who struggled with a language barrier by leading them to the language center to help overcome their difficulties.

“Communities are what you make of them, and it depends on the people that live there,” Kostecka said.

She said the community environment in dorms can be special and helps make living on campus a more rewarding experience, especially for incoming students.

The dorms may not be priced where I wish they were, but the RAs provide fantastic resources. The strange experiences students may have makes me believe it is worthwhile for incoming freshmen because the dorms feel like a rite of passage. I couldn’t be happier living off-campus, but I am glad I got to experience dorm life.