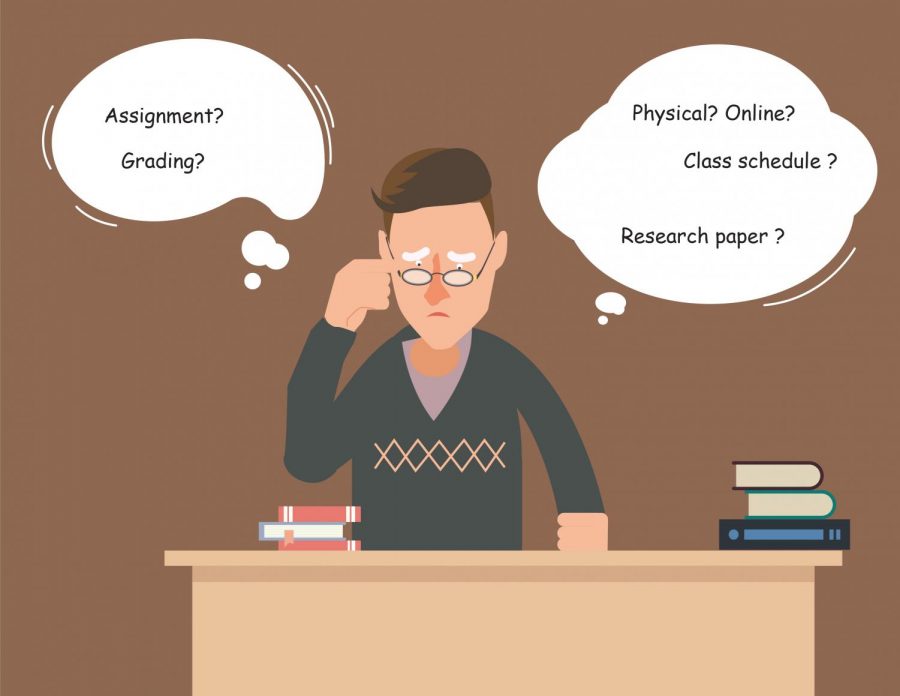 High school teachers aren't prepping their students for college or the real world.

Most people would say college is harder than high school. Generally, I am inclined to agree despite the fact my experience has been contrary to that idea. My high school always spoke about ‘preparing us for the real world/college,’ but I never felt they did a great job of living up to the idea.

High school, on several fronts, fails to teach students how to be accountable and self-motivated. As one of the students at the ice cream social who welcomed students to WSU’s Honors College said, entry-level college students are like adult cats. They can survive on their own, but you really should help them out a little.

Sydney Perrigoue, senior political science and English double major, said college is more difficult than high school from a workload perspective. Within specific majors, she said the content is easier because students are doing work they’re passionate about as opposed to high school coursework.

“[High school] is kind of one size fits all for education,” Perrigoue said.

She said college allows students more freedom and forces them to learn what works for them. With college, she said students are expected to be adults right away and told to look at the syllabus or schedule to keep track of work. Yet in high school, many teachers will frequently remind students about upcoming assignments, and the school itself may provide free planners to jot down assignments in.

Both Perrigoue and I witnessed a significant amount of hand-holding in high school. At my school, many teachers would accept a significant amount of late work from slacking students to ensure they passed. However, I find college professors are often willing to help you but will not coddle you if you do not put in the effort needed for success.

Perrigoue said her high school told her it was preparing her for the real world “all the time,” but she felt they failed to do that. In order to prepare themselves for college or work out of high school, Perrigoue said students should not only make sure they get a planner but focus on developing time management skills.

Andrew Dinkelmann, senior double majoring in psychology and neuroscience, said he agrees with the common sentiment that college is harder than high school. In terms of preparing students for college, he said he doesn’t believe high school has the timeor the resources to do that.

In Dinkelmann’s experience as a student participating in Running Start at Ephrata Senior High School in Ephrata, Washington, he said his high school did what it could. Advisors were very helpful in preparing him for college through assistance finding scholarships or acquiring letters of recommendation.

“Do they get you ready for the independence part?” Dinkelmann said. “No, but how would they do that besides sending you off to boarding school for a while?”

Dinkelmann said he does appreciate the fact his participation in Running Start pushed him into the college style of learning. He said coming from a smaller school, he is unsure what the experience is at larger schools. At his high school, the teachers had a lot more time for their students than college professors do.

Even at my high school, with roughly 2,000 students, I do agree that it was easy to access instructors because you could be fairly confident as to where they would be. College professors, however, are usually quite good about listing their office hours, so I believe that it only becomes difficult when you cannot make their office hours.

Dinkelmann said he thinks that part of the reason high school teachers seem unwilling to let students fail classes or deal with consequences is because of money.

“If they have a lot of students failing their courses and therefore failing the state education tests, then they are not going to get paid as much and the school receives less funding,” Dinkelmann said.

He said people will rise to the challenges you give them unless weighed down by outside issues. If high schools were to operate more like colleges, students may rise to the occasion, but Dinkelmann said he does worry that students with financial issues, family issues or other difficulties outside of the school would drop out.

I cannot pretend to know how schools should change to better prepare students for college without causing too much additional stress on the students, but I do believe something has to change.

Schools either need to rethink how they are “preparing” their students for college and the real world or stop making that claim.