People of the Palouse: Navin Chettri

WSU professor has been bitten by ‘the jazz bug’ 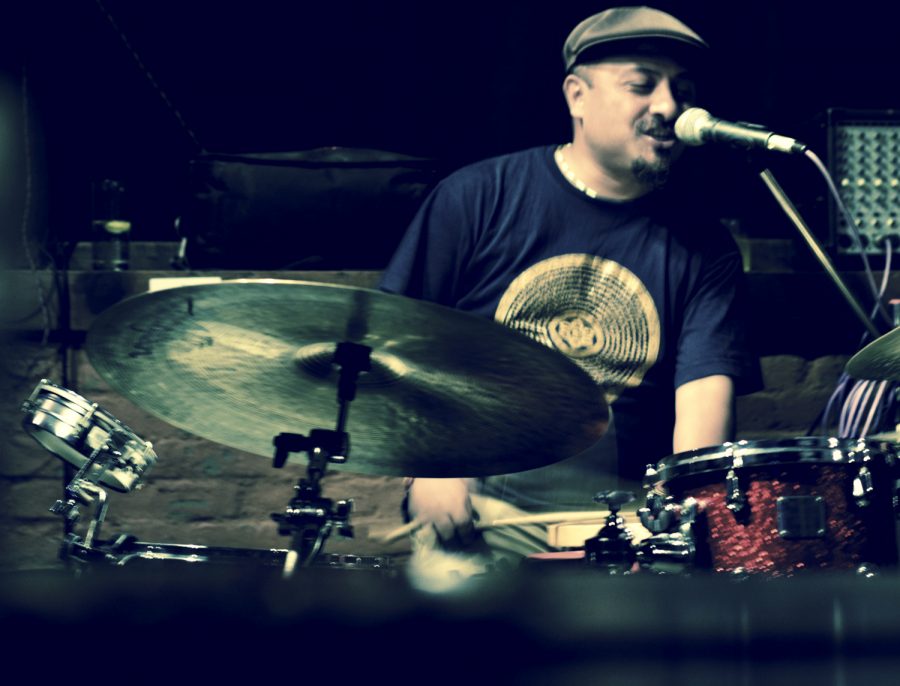 Chettri and his group, Cadenza Collective, were among the first local jazz acts in Nepal.

WSU professor Navin Chettri has been interested in music since he was young, as he grew up on classical, folk and western music. Though he got his start playing with his band in a local jazz bar, Chettri has been one of the biggest proponents in the emergence of Nepali Jazz.

“Indian classical music is a lot of improvisation; so, improvisation was a big fascination for me … it was inevitable at some point that jazz would come,” Chettri said.

In the 90s, he moved to Kathmandu to pursue his music career as a percussionist. Tourists were a big part in the development of Chettri’s musical diversity, bringing in new styles of music for him to discover.

Chettri played in a band in Kathmandu called Cadenza Collective, and the group would always have people come sit-in and play with the band. Chettri said he was always blown away with the music that he heard, and when somebody brought him a John Coltrane tape, he was immediately fascinated by jazz.

“It was the jazz bug — once you’ve been bitten by it, you’re searching for the rest of your life, trying to know more and discover more,” Chettri said.

Chettri had a diverse group of teachers that brought their unique insights into his playing. One of his friends opened a jazz bar, the first in Nepal, and there the band would play Saturday Night Jazz.

The bar, Jazz Upstairs, is still open and has become a mecca for jazz in Nepal, Chettri said.  The bar still plays Saturday Night Jazz every weekend and has even had frontman of The Police, Sting, play with Chettri and his jazz band in the past.

Things lined up very well for his band. When they were discovered in Nepal by an Australian agent, they toured Australia, came back to Kathmandu and created a jazz festival named Jazzmandu in 2002. After, Chettri met his wife and they moved to Moscow, where he got his master’s at University of Idaho.

Chettri helped start the World Music Celebration at the U of I eight years ago and still serves as artistic director. He said he is passionate about sharing his musical tastes while on stage, and he makes playing live on stage about his audience’s enjoyment.

Renowned jazz flautist Jamie Baum has nothing to say but good things about Chettri.

“He is an amazing person, very sweet and concerning and caring, very open-minded,” Baum said.

Chettri and Baum have played together numerous times in Nepal and in New York. They have also composed several songs, and they played in the 2018 Monterey Jazz Festival together. They composed a piece reflecting on the 2015 Nepal earthquake, in the same style of old religious songs about Shiva, a god of destruction and renewal. Baum said that Chettri was a very enthusiastic person to work with, and his positive outlook helped the process of songwriting.

“There are moments when you aren’t really thinking and the music flows, you feel a little lift and you don’t know what you’re doing but it’s sounding great,” Chettri said. “It’s effortless.”