People of the Palouse: Michelle Cordova 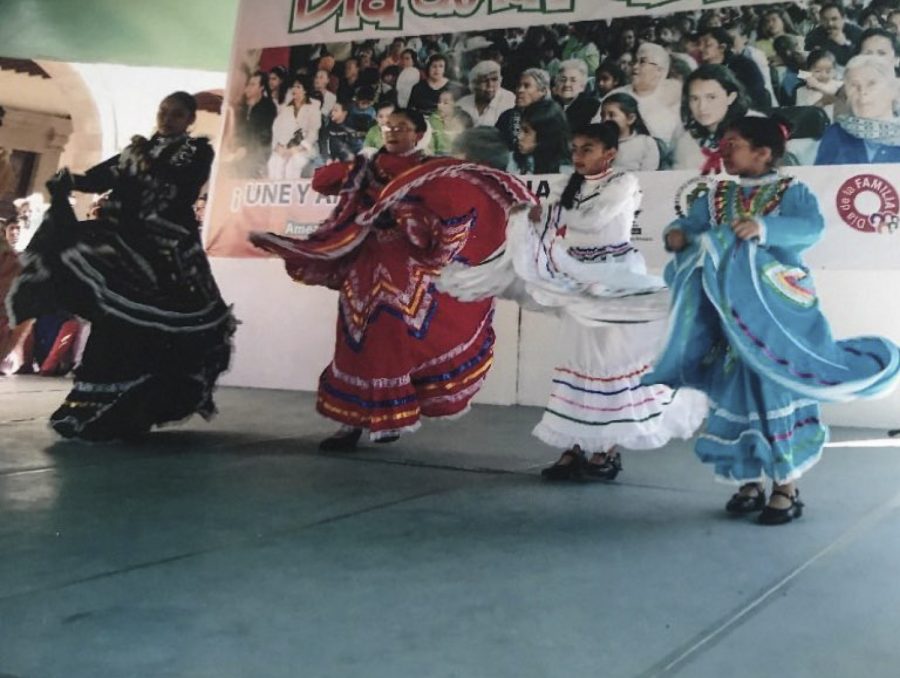 Nails attached to the shoes of dancers prattled across an encore floor. They spun vibrant embroidered fabric skirts around their ankles, over their heads and back down again, all while they balanced on clog-like heels and hit their steps with a surreal precision.

A then-13-year-old Michelle Cordova had accompanied her cousin to watch dancers practice their baile Folklorico routine, a 300-year-old style of indigenous Mexican dance with influences from Spanish and African culture.

“I would look at my cousin dancing, and it would be a feeling in my heart, like, wow, I miss home and I’m so proud of my culture,” Cordova said.

Cordova lived in Mexico for most of her childhood but returned to Seattle with her family when she turned 13. In that dance studio with her cousin, she felt “mesmerized” by the movements of the dancers and started performing a few months later as a teenager.

“When I saw how passionate they were about something we all have in common, which is love of Mexican culture, I felt like I would really connect with that,” Cordova said. “That’s part of what made me want to do it.”

When she attended WSU to study landscape architecture, Cordova hosted and performed in a multicultural student talent show as its sole contestant. That was when she realized Pullman had a cultural void, she said.

Students like her, especially students of Mexican heritage, did not have many avenues to stay connected to their traditions, she said.

“I know a lot of people might be feeling homesick because it’s Pullman, so there are not a lot of Latinos,” Cordova said. “I just wanted it to be a place where Latinos could get together and learn more.”

Ballet Folklorico de WSU started on the third floor of the CUB in fall 2019 with Cordova as its president. The group of eight to ten students began 2020 with hopes to perform for a graduation banquet meant for first-generation and low-income students.

Then the pandemic happened.

Dancer Lorena Zepeda, sophomore landscape architecture major, said the loss of planned performances was disappointing. Zepeda, who grew up in Queretaro near Mexico City, joined Ballet Folklorico de WSU to reconnect with her love of dance.

“The culture is something I appreciate, and I don’t think I should forget about it, because it’s in my roots,” Zepeda said.

The RSO was set to perform at events designed for underrepresented students, Dixon said.

They planned to dance in full traditional wear on the mall in front of the CUB, at events during Latinx Heritage Month, and for the WSU College Assistance Migrant Program, which works to support migrant agriculture workers on-campus.

“Students who are from that culture, when they see that, it’s certainly a sense of pride they can feel,” Dixon said. “Being able to see their culture on display, I think it just does something for their morale specifically for those students.”

Although Cordova considered hosting virtual practices with her dancers, she said it would have been difficult to explain the complex movements and choreography.

Baile Folklorico is a physically demanding dance, Dixon said. Young men wear authentic sombreros in the style of mariachi performers. The women must have the strength to not only lift their colorful skirts over their heads, but balance on heels and keep pace with the choreography, Dixon said.

“What I’m always impressed with is how the young ladies can twirl to make what you’re seeing a surreal thing at times, depending on the pattern and colors,” Dixon said.

Technique and practice matter a lot in the execution of the dances, Zepeda said.

“Combining that with a whole choreography and dancing with the music, you have to listen and kind of have this music memory so you know what to do,” Zepeda said.

“It seems like she really knows what she’s doing,” Zepeda said.

Cordova said that as a leader she learned to toe the line between bossiness and assertiveness. Having the instructional role made her grow as a teacher and as a Latina woman.

The dance started in Mexico during the Spanish conquest of indigenous civilizations, and more people should learn about that, Cordova said.

“[The dances] tell stories that would get lost if we didn’t have this,” Cordova.

All students can benefit from the educational part of the group, especially with Cordova’s leadership, Dixon said.

Anyone can join when the group revives again in the spring — hopefully for good, Cordova said.

“It certainly hit a bump with COVID,” Dixon said. “But I have full confidence in Michelle that she is keeping those students motivated.”