University will make about $6.5 million in total reductions for department 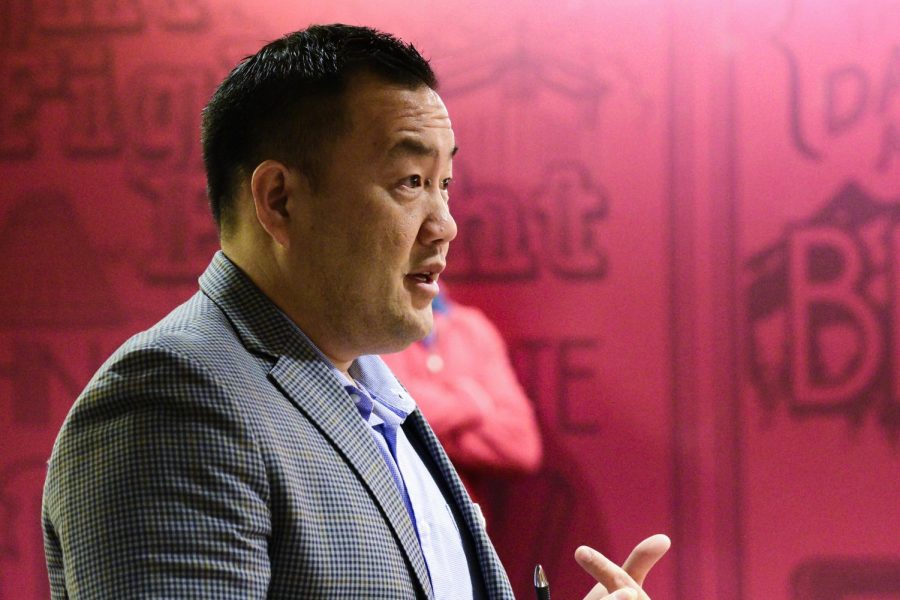 The athletics department has enacted measures to save about $6.5 million for the 2021 fiscal year.

Salaries across the athletic department faced a total $3.4 million in reductions. The leftover $3.1 million will come from a reduction in operating expenses, although there is not a lot to cut in the department, WSU Athletics Director Pat Chun said Friday at a press conference.

“Most of these cuts are not sustainable beyond this fiscal year,” he said. “Washington State University operates as the most fiscally-efficient athletic department amongst our Power Five peers.”

The staff was accepting of the salary reductions, Chun said, and the discussion of the idea was not long.

“This is a department that is willing to make sacrifices personally for the greater good of the department,” he said.

The last personnel move made by the athletic department was to eliminate 10 full-time positions. Chun said seven of those positions were ones that opened up at the start of the pandemic and were not filled, while an additional three employees were laid off.

Chun also provided an update on the COVID-19 case numbers in the athletic departments.

He said approximately 1,600 student-athletes have been tested since early June and the total number of positive cases has now risen to 60. He said the department does not have the exact numbers, but the cases are related to the recent COVID-19 outbreak in Pullman.

“Unfortunately, we have not been immune, as an athletic department, to the COVID spike in our community,” Chun said.

All student-athletes who have tested positive are recovered or are currently recovering, he said.

Chun also said the Pac-12’s recently announced partnership with Quidel Corporation is a huge step forward for the conference.

“There’s a ray of sunshine coming through with that announcement last week knowing that we have a huge piece of what we need to go forward,” he said. “Now we can start putting some real plans together for what it looks like for football and men’s and women’s basketball.”

He said the details of the partnership are still being worked on, but daily testing is a necessity going forward.

“It is a game-changer for us and, like I said, it is a huge hurdle that’s been cleared,” Chun said. “It allows us to really get focused as a league and figure out what is the best scenario for us to get operating with football and our fall sports and our basketball programs.”

He said there are still more hurdles to be cleared before Pac-12 sports resume, but conference members feel confident that they can clear those hurdles.