Bikes, buses or rideshares, WSU kids need new ways to get around on campus 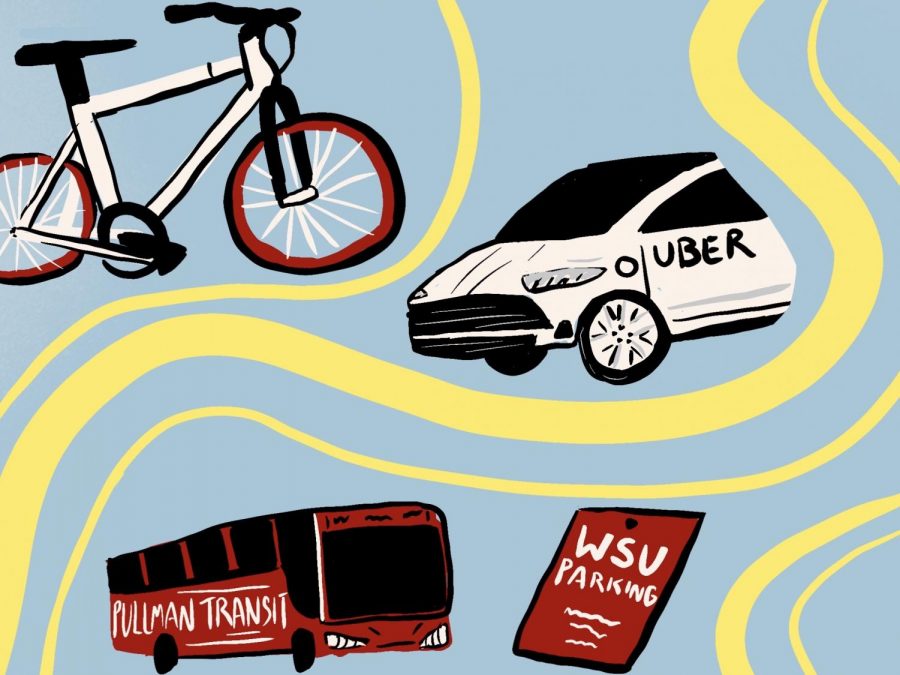 Transportation on campus is far from perfect — here's how we can improve it.

When I first arrived at WSU, one of the first things students mentioned about the campus was the number of hills.

Survey participants were asked to rate their satisfaction with transportation options provided at WSU. Out of the 20 people who responded, there was an average rating of 3.7 out of 5 stars. Twenty-five percent of students said they had to buy some form of transportation due to a lack of it on campus.

Some of the responses indicated that having more options would help students if they feel unsafe, if they are running late to class and if it gets dark outside. Additionally, participants were in favor of a quick and easy way to get around campus, fewer cars on campus and a possibility to create more jobs on campus (when mentioning a driving service).

“I would be super excited to see these [forms of transportation mentioned] on campus because not only would it make trekking the distance a little easier, it wouldn’t impact the environment as much as other options,” said Mina Trautner, sophomore nursing major. “I think it would do no harm to look into more options of transportation on campus.”

“For me — as a disabled person — it can be very hard to walk across campus, especially in a hilly area, and I’m really worried about what it’s going to be like in the winter too,” Nygaard said. “I think it would be more beneficial for people who need more accommodations when it comes to transportation and don’t have as many options.”

Nygaard said the lack of transportation affected her planning for this semester.