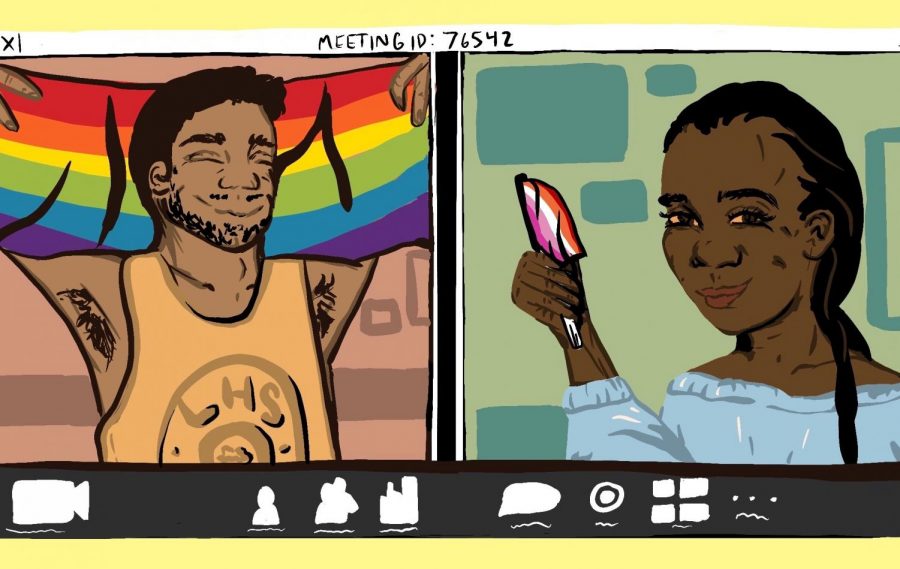 The Cougar Pride Student-Athlete Alliance was created by a queer student-athlete. The group hopes to create educational programs to give to athletes and coaches to help break down stigmas towards the LGBT+ community.

A queer, WSU student-athlete founded an affinity group where she and other LGBT+ student-athletes come together and advocate for members in their community.

The Cougar Pride Student-Athlete Alliance is important because it creates a community where LGBT+ student-athletes can share their similar struggles with each other, CPSAA Founder Megan Duthart said. The goals of CPSAA are to educate and advocate for the members of the LGBT+ community.

Duthart and other CPSAA members hope to create educational programs to give to athletes and coaches to help break down stigmas towards the LGBT+ community, she said.

They want to create policy changes and safe spaces within WSU’s athletics department, she said. This includes making sure coaches and staff know how to create safe spaces.

“I mean, to me, a safe space for someone in the LGBTQIA community would be somewhere that they can feel comfortable to exist and be without judgment,” Duthart said.

CPSAA has the same goals and missions of the Gender Identity/Expression and Sexual Orientation Resource Center (GIESORC) but is housed in athletics, said Shelby McKay, Student-Athlete Development assistant director of athletics and CPSAA’s administration oversight.

The number of hours student-athletes put towards their sport, including traveling, practice and games, makes it hard for them to participate in student organizations on campus, McKay said.

CPSAA makes it easier to organize things based on student-athletes schedules, she said. The group will not be completely separate from campus, but instead will be a way to bridge the gap between the two communities.

“I’m really excited to see how they use this space as an educational tool but also space to build community for our student-athletes,” she said.

Giving student-athletes a voice and a space to exist can be powerful in their growth as people, Duthart said.

It can be hard for student-athletes to access intersectionality but is even harder as a person from the LGBT+ community. There is a lot of stigma in sports and how its players interact with the LBGT+ community, she said.

The first CPSAA meeting was on Sep. 10 but the next meeting will be at 7 p.m. Sept. 24 via Zoom. The group is open to all student-athletes and athletics staff.  More information can be found on CPSAA’s Instagram and Twitter pages.