Research will show how to maintain grape quality by preventing overheating 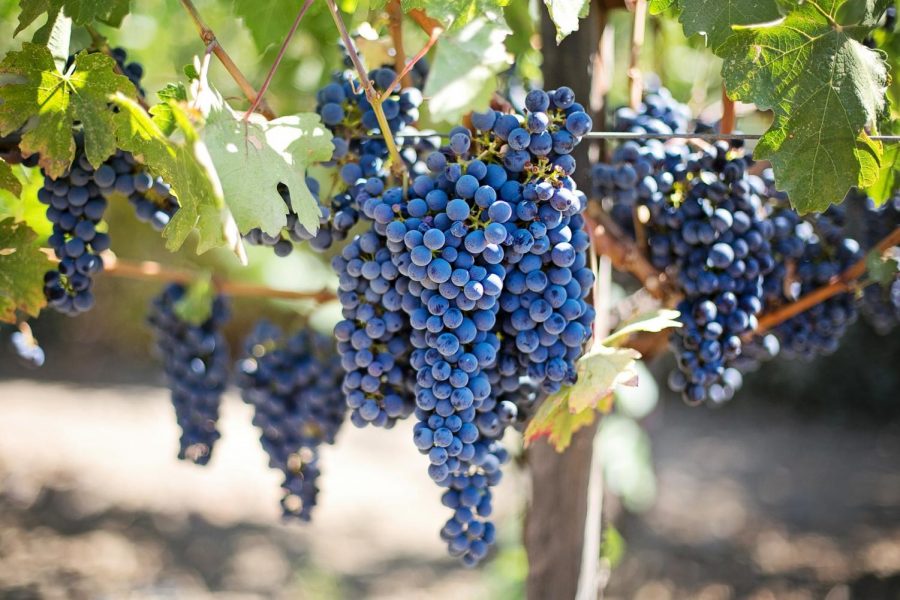 Researchers in Prosser are developing ways to preserve the quality of wine-making industries by creating ways to prevent grapes from overheating.

As climate change threatens Washington vineyards, a group of viticulture and enology researchers in Prosser are developing ways to preserve the quality of wine-making industries.

Markus Keller, professor of viticulture at WSU, and a team of postdoctoral students worked to determine how best to cool down wine-making grapes, which can easily overheat and become unusable for wine during the harvesting process.

“In wine grapes … yield is secondary,” Keller said. “It is all about quality.”

This is why Ben-Min Chang, one of Keller’s postdoctoral students, worked to develop an electronic thermometer and misting device. The device can sense when a grape berry is overheating, cool it down, and turn itself off when it no longer needs to spray.

“By doing so I could effectively cool down the canopy without doing it too much,” Chang said.

The researchers found that a thin line exists for growing wine grapes.

Keller said some heat stress was thought to be valuable in the grape-growing process, as the right amount of heat will develop sugary juice that then ferments into alcoholic wine.

However, as heat waves become more extreme in eastern Washington, Keller said prolonged sun exposure will prove to be more of a problem than a benefit.

“Basically we’ll have a few cool days and then all of a sudden it gets hot,” Chang said. “That jump is pretty dramatic [for grapes].”

If grapes overheat, as they are prone to do, this could actually break down the red pigment in grapes that give red wine its rich burgundy color, Keller said. This change could also lead to wine that is more bitter in flavor.

As eastern Washington has become known as a leader in the wine industry, this would mean trouble for wine-growers and consumers in the area, he said.

“Water drives the growth of the plant, temperature drives the quality of the fruit,” Keller said.

The tested berries are already larger than the control group, Chang said.

While it may seem that larger berries are better overall, Chang said this is not always the case. Certain wines are sold because of their acidic qualities and rich flavors. A larger grape berry could mean more diluted wine.

“We need to know a little bit more about what the optimal temperatures are,” Keller said.

Chang said he hopes other Washington growers are able to test his misting devices and sensors on their own vineyards, as the extension in Prosser has been examining the effects only on that location’s vines.

Researchers from the Department of Horticulture will continue to look at the nuances to grape-growing in the region, especially as climate change comes to the forefront of agriculture research.

“What has not surprisingly floated to the top of the conversation is climate change, heat waves, and heat waves coupled with drought and [increased] smoke and fires as well,” Keller said. “As it gets warmer, heat produces smaller yields, which is not important just for wine, but for world hunger. We’re going to have problems eventually getting food to populations around the world.”