New recording system will be installed in courthouse; judge serving his last term 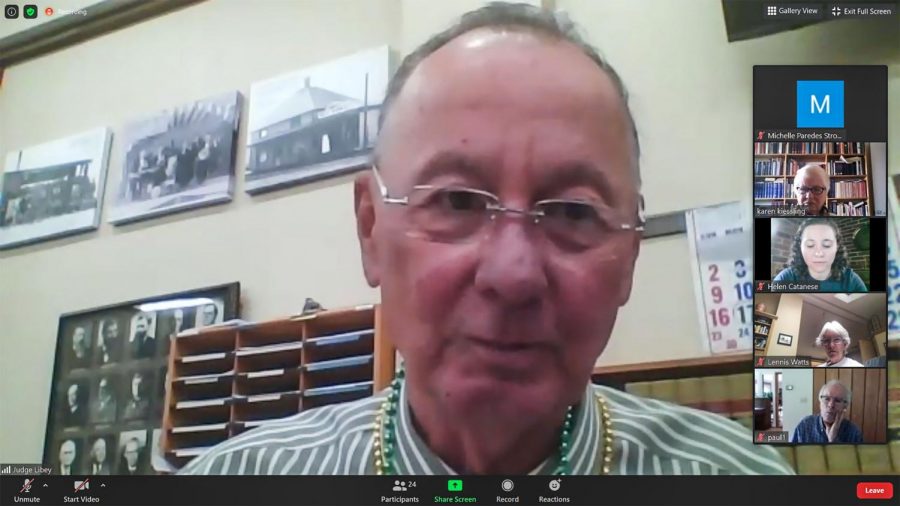 Editor’s note: This article has been updated to correct the fact that Gary Libey is not serving his last term as a judge. Instead, he is running unopposed for another four-year term, which will end in January 2025.

An inside look into the workings of the Whitman County Superior Court was provided to the public by Judge Gary Libey.

The district court has limited jurisdiction and can only hear cases allowed by the legislature, like petty theft, simple assault, low-level domestic violation orders, and gross misdemeanor cases such as DUIs. This also includes civil claims of less than $100,000, small claims and traffic offenses, Libey said.

People who go through jury selection are asked a series of questions. This includes a special questionnaire that is administered when a case involves allegations of sexual contact, he said.

If possible jurors have a specific response to some questions, an individual interview is conducted to analyze if the juror can be fair and impartial to the case, Libey said.

Whitman County Drug Treatment Court offers a program where offenders of drug-related crimes can petition and enter a contract to be drug-free.

The offenders come to court every month and enter long-term intensive chemical-dependent treatment. After two years, charges against them will be dismissed, Libey said.

“It’s very emotional and happy to be able to say you made it … and you’re on the other side,” he said.

The courthouse will be receiving some upgrades like a new uniform recording system. Historically, stenographers would type out everything spoken in court, but tape recorders have become more efficient, Libey said.

The system software needs updating to provide consistent information throughout the whole courthouse, he said.

Libey is running unopposed for a final four-year term, which will end in January 2025.

“I love it here,” Libey said. “I practiced law here for 41 years in a firm that I started as an associate.”