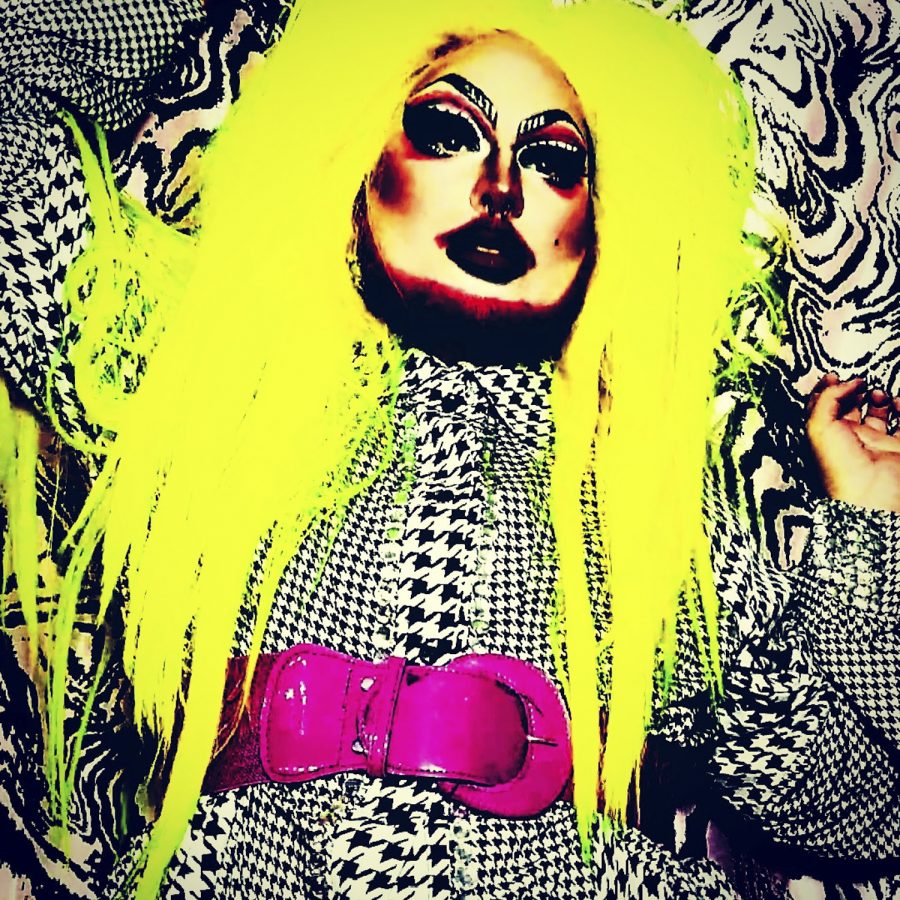 Ceffalo has been hosting and performing in drag for the past four years in various events.

For the past four years, Michael Ceffalo has been performing drag as a creative outlet, as a way to make friends and get involved in the LGBTQ community, and to express gender and any interest he has aesthetically.

Ceffalo grew up in the Tri-Cities and has been performing drag for four years. Last year, he hosted the Department of Apparel, Merchandising, Design, and Textiles’ Fluid Fashion Show. He’s done everything from hosting benefits and charity shows to being in pride parades.

“It’s fun to have drag as an event because it’s so kooky and unexpected and fun,” Ceffalo said. “I think it makes our events so obviously LGBTQ inclusive that we’re able to do and be who we want to be and act how we want to.”

Ceffalo said his brothers have always been supportive and accepting of his identity, and that support is what inspires him to promote safety zone and ally training more in the Greek system, and make the system overall more inclusive and welcoming to LGBT people.

“I think it’s still a very foreign concept that a fraternity brother could be gay or bisexual or transgender,” Ceffalo said. “I’m very interested in changing that narrative [to] where gay and trans men and gay and trans women feel like the Greek system can be a viable option for them and enjoy its many benefits.”

DKE President Antonio Bak said everyone in the frat has been receptive to the new initiatives. Last semester, they were able to plan speed dating events with help from the Gender Identity/Expression and Sexual Orientation Resource Center to make them more inclusive and were even planning a drag show before quarantine happened.

“It feels kinda natural,” Bak said. “We just want to make sure that everyone belongs in Greek life and no one is being shunned because of what they represent or who they think they are.”

Bak said Ceffalo is a hard worker, always plans interesting events for the frat and always makes sure to include everyone.

After college, Ceffalo plans on getting his masters and providing therapy for LGBTQ people and support groups for specific identities. For now, Ceffalo is still doing drag through a Twitch show called Things That Go Twitch In The Night. He also said he is in the process of creating a new club, WSU Drag Club, where they plan to teach LGBTQ history and identity and make free virtual drag shows for students.

“I’m just really hoping to find a community of queer artists who want to work together to bring a new type of entertainment to WSU students,” Ceffalo said. “I want there to be more spaces for queer students to feel comfortable in and have a good time.”

Ceffalo said no matter what, he wants to use his time both at WSU and outside of it to help his community and push for LGBTQ acceptance.

“Fighting for LGBTQ acceptance anywhere is fighting for LGBT[Q] acceptance everywhere,” Ceffalo said. “I want to very much push for people being able to express themselves in any type of gender presentation they want.”