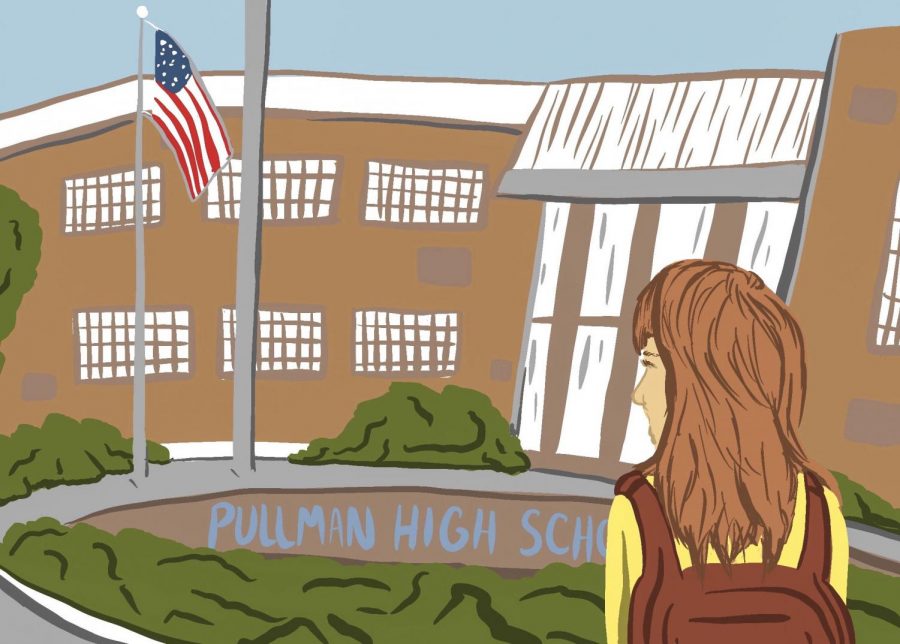 Not being able to attend physical classes and socialize with other students is frustrating, Steven Burkett, senior at Pullman High School, said.

The online curriculum is mostly working and teachers are getting through to students, Luc Pendry, sophomore at Pullman High School, said.

Unlike the end of the last school year, the assigned work feels more meaningful, he said.

The organization of teachers and school administrators is significantly better than before, he said. Teachers are also a lot more flexible.

Some of these issues set him back about a week, Burkett said, even though they were fixed by the district’s Information Technology department.

The district should revert to using Zoom again instead of Google Meets, he said, because the new platform is not as user-friendly as the old.

While classes are still in operation, extra-curricular activities like sports are not. The decision to stop sports at the school feels understandable, Burkett said.

“As an athlete, you can get very, very frustrated,” Burkett said.

To make up for the lack of sports this school year, Burkett said he played in basketball tournaments in Idaho throughout the summer. He was also a part of Pullman High School’s basketball and football teams.

Pendry said he was on the basketball team, as well as golf. He also ran for cross-country his freshman year.

Pendry said his family and friends have taken precautions to shelter themselves from the coronavirus. But, he is scared about the rising number of cases in Pullman.

The virus is definitely on people’s minds, Pendry said, especially with the return of WSU students to Pullman.

“We were kind of lightening up on how we go about our day … going to the store instead of getting a Walmart delivery,” he said. “It’s like, ‘No, no, no, we need to tighten up again.’”

Burkett said the rise in cases should be a WSU problem and not a Pullman problem because the cases are mostly contracted by college-aged individuals.

Even though there have been major changes and potential hazards, Pendry said he is still optimistic about the ongoing semester and possible, if unlikely futures about the coronavirus.

“If COVID were to suddenly disappear … it would be coming to school, maybe three days a week, and then having [the rest] online,” he said. “It’s a lot less stress and a lot more control over how I spend my time.”