More than an athlete

As Barton recovered from injury last season, she used her platform to address racial inequality 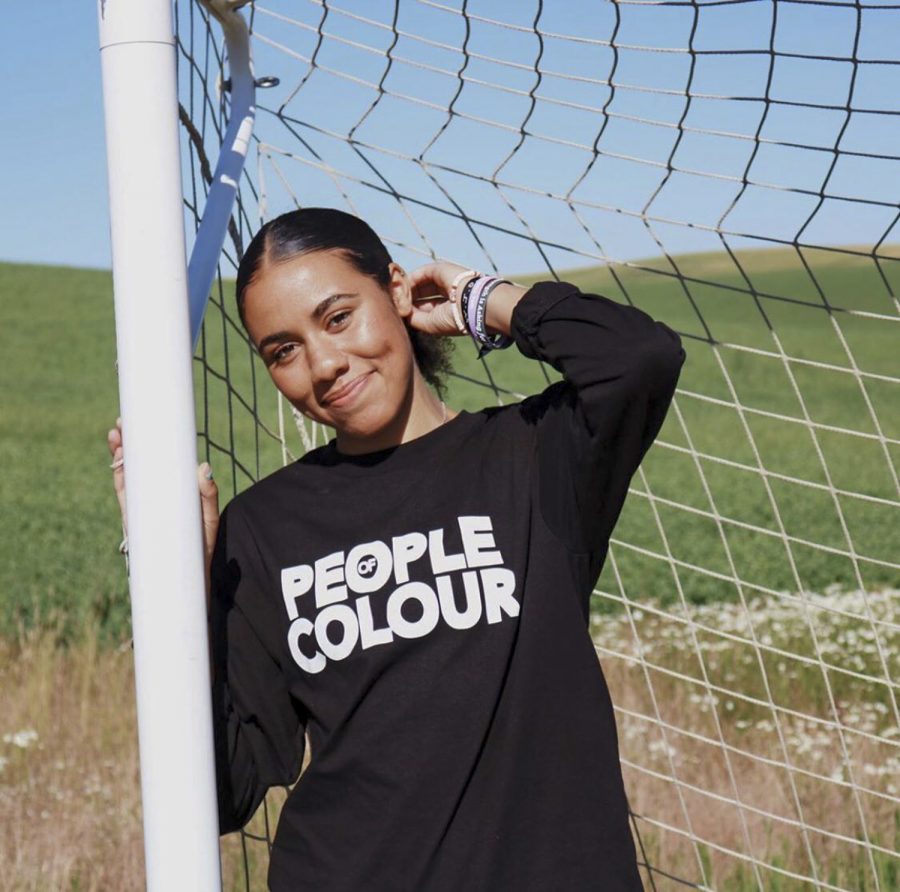 Junior defender Kelis Barton started the Black Student-Athlete Association in summer 2020 while she recovered from an injury November 2019.

Soccer runs in the family for junior defender Kelis Barton. Her father played at Seattle University in the late ’90s, and her grandfather played professionally in England before joining the Seattle Sounders in 1979.

She credits them for preparing her physically to get her where she is today and teaching her the sport of soccer. She also praises her mother for being her strength and keeping her in line mentally.

“My mom was the one who raised me,” Barton said. “She was a single mother but still managed to prepare me mentally for all that was to come my way. She was my backbone.”

Barton was born and raised in Renton, Washington where she attended Renton High School and had an incredible career as a three-sport athlete.

Not only did she excel on the soccer field, but she left her mark as a runner. She led her high school to three state cross country appearances while being named the most valuable player on three occasions. Barton was also a track star being named MVP twice.

She enrolled early to WSU, joining the soccer team in the spring of her senior year of high school. She appeared in 16 games as a freshman, which included two starts for the Cougars.

During her sophomore campaign, she played in 17 games for WSU, the same season the Cougars made history, making it all the way to the final four. Her favorite moment of her Cougar career so far came against West Virginia in the Sweet Sixteen last season when she had her first career assist to Morgan Weaver.

Barton suffered an injury in the following game that had her sidelined for the finale of the historic run. Being away from the game for an extended period has kept her driven.

The WSU soccer season being canceled due to the pandemic has given her more time to recover from her devastating injury.

“It’s been really hard to deal with,” Barton said, “but it has given me more time to rehab in terms of the upcoming season.”

Barton has become a staple for the WSU soccer team and has used her platform to showcase her leadership skills. Todd Shulenberger, head coach of the soccer team at WSU, started to notice her development as a leader on and off the field.

“Kelis Barton leads by example,” Shulenberger said.  “Kelis’ growth off the field is starting to translate onto the field.”

Barton was awarded the 2020 President’s Award for Leadership by WSU President Kirk Schulz. Not only was she also named the 2020 recipient of the Virginia E. Thomas Scholarship, but she also was one of the 220 student-athletes invited to attend the 2019-20 NCAA Student-Athlete Leadership Forum in Los Angeles, California.

Brian Shuffield, executive director of student involvement at WSU, played a role in her receiving the President’s Award. Shuffield recognized Barton’s abilities to mentor and coach others through her own work ethic.

“She’s been able to bring groups together to find a common purpose,” Shuffield said.

But, most importantly to Barton, she founded the Black Student-Athlete Association at WSU. She saw it as an opportunity to make a difference in Pullman.

“It’s a passion project,” Barton said. “It’s a push for change at WSU.”

Her goal for this semester is to be more alert, Barton said. She strives to be more responsive and raise more awareness.

She is grateful for the attention that the Black Student-Athlete Association has delivered but sees its recent steps as just the beginning. It has received a lot of recognition, but she made it clear there is always an opportunity to do more.

“I don’t care about the attention or the acknowledgment. It’s more so about the action that follows it,” Barton said. “My goal is to see actual action come out of the school this semester, and I think it all starts with the students because we have more power than we’re given credit for.”

Barton has enjoyed her time in Pullman and believes in her community around her. She is thankful for the family aspect and the home feel that WSU presents.

She describes herself as sympathetic, vulnerable and a fighter who lives by the words “never judge a book by its cover.”

Through her efforts and accomplishments as a student-athlete, Barton strives towards being the driving force for her team and her community on and off the field.