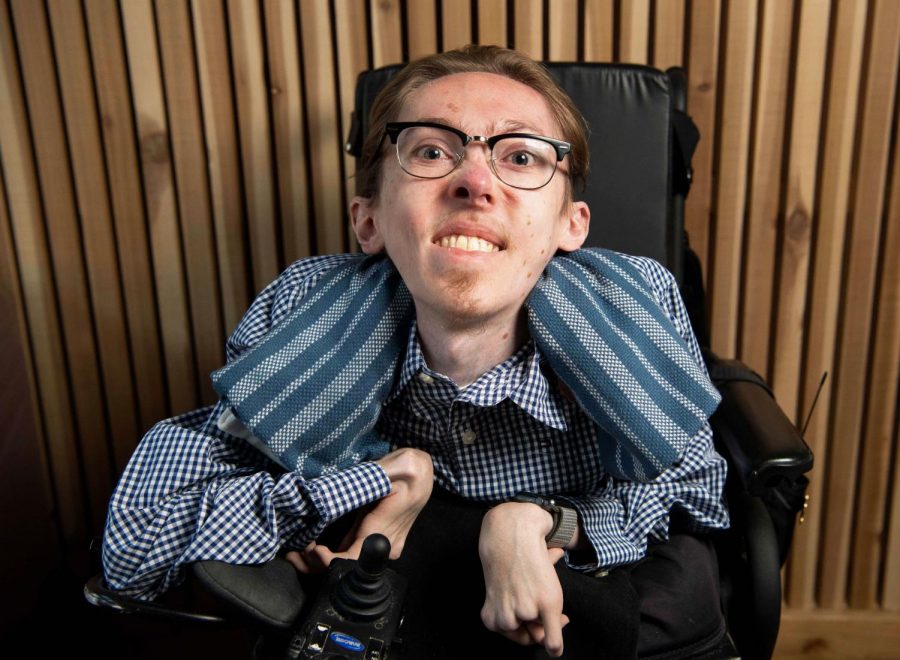 Comedian Steve Way has muscular dystrophy. When he was 14, he ended up with a $750,000 hospital bill because of a back surgery to fix his curved spine that went wrong. He is now an advocate for universal health care.

Steve Way was 14 when the back surgery that was supposed to fix his curved spine nearly killed him.

He knew returning to the hospital in the days after the surgery, which involved the installation of a metal rod in his spine, would mean more in cost. So, even though he was feeling “pretty sh*tty,” he said, he at first refused his father’s questions of whether he wanted to go back to the hospital.

“But for some reason when he asked again, I said yes. And had I said no, I would have gone back in bed and I would have been dead minutes later,” Way said.

Way passed out on the way to the hospital and learned in the emergency room that the surgery had caused pneumonia.

During his stay, the nurses accidentally overdosed Way on a painkilling drug that induced a two-day coma and forgot to turn him over. Bed sores festered on his back.

Weeks later, Way finally left the hospital and his family got the bill in the mail: $750,000 before insurance.

Way presented Wednesday afternoon on how his lived experience as a man with muscular dystrophy is not unique — anyone can get sick, and most Americans cannot foot the bills of the skyrocketing health care system.

As the first of several speakers in a WSU Access Center virtual disability awareness series, Way described the unique obstacles he will face for likely the rest of his life.

Mary Jo Gonzales, WSU vice president of the Division of Student Affairs, began the event by acknowledging her own privilege as an able-bodied woman. WSU needs to constantly reevaluate its policies regarding people with disabilities, she said.

Gonzales said the idea that disabled lives matter is the “bare minimum,” and more needs to be done than just providing notetakers or ramps on campus.

Way said the hospital bill that read $750,000 shocked him as a 14-year-old, and that is when his politics were radicalized. He said he identifies ideologically as a leftist.

“I thought, how could that be?” Way said. “I was sick, I needed help. I understand, you know, if I had to pay for my medicine, but I not only had to pay for all that treatment, I also had to pay for [the hospital’s] mistakes and their screw ups.”

Way said he advocates for single-payer universal health care because it works in other countries to save money and, most importantly, save lives.

As a man who lives with health issues, Way said he is on Medicaid but does not receive the full level of services because Medicaid uses a specific rubric to determine whether someone is “disabled enough” to get care.

For four to five hours a day, Way said he is at home alone. His condition hinders his ability to lay down, use the restroom and even swallow properly. At any point during those five hours, he could choke on his own saliva and die, he said.

Privatized medical care murders people like him, Way said. Insurance companies can deny health insurance to anyone for any reason, and Way has seen his own friends die because their medical care cost more than what the insurance was willing to pay.

“I don’t believe anyone who gets cancer should go bankrupt, and if you think that’s a radical idea … then you’re still wrong,” Way said.

Way said he will continue to advocate for universal health care coverage, especially for people like him who are constantly denied.

“What I am fighting for is basically just the bare minimum,” Way said. “There’s no excuse anymore.”