WSU will issue bonds to pay for expected revenue loss; athletics budget approval will be postponed 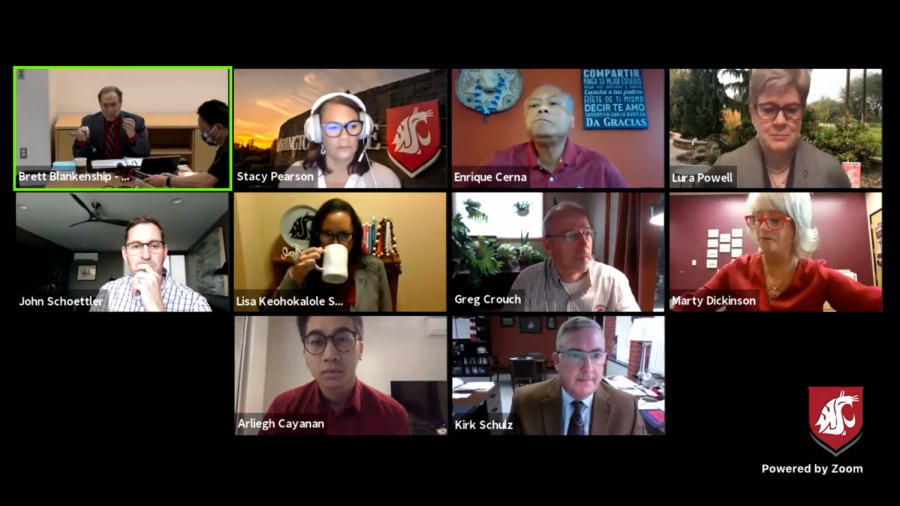 The university expects a revenue loss of $54.4 million, assuming WSU plays football, during the 2021 fiscal year. WSU will fully repay the debt over a maximum period of 10 years.

The WSU Board of Regents approved a financial plan for the university during its virtual meeting on Friday.

WSU will not take out more than $30 million in loans. The money will go toward the $54.4 million revenue loss that is expected to occur, assuming WSU plays football, during the 2021 fiscal year, said Brett Blankenship, chair of the Board of Regents.

The university will issue bonds, the proceeds of which will pay for the revenue loss. WSU will fully repay the debt over a maximum period of 10 years, he said. The interest rate will not exceed 4 percent.

Blankenship said the 2021 fiscal year athletics budget approval will be postponed until a future meeting.

Despite the impact of COVID-19, the WSU Foundation has raised more than $125 million for the 2019 fiscal year, said Lisa Calvert, vice president for advancement and CEO of the WSU Foundation. Fewer people are donating to WSU because of the pandemic; however, the money raised shows the hard work from volunteers and alumni.

ASWSU President Curtis Cohen said ASWSU plans to promote student mental health through the future implementation of a mental health application. Students will be able to use an app called 7 Cups and speak with a peer listener from a WSU campus.