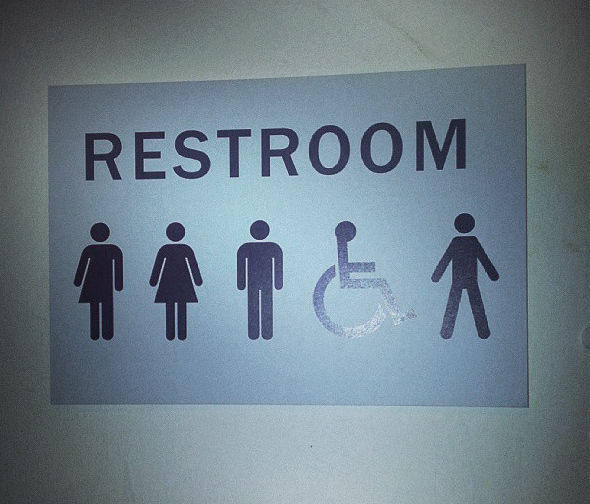 Washington state’s transgender community struck a victory last week when the state senate supported a law that allows people to use bathrooms based on the gender with which they identify, but the director of WSU’s GIESORC program said the margin of that victory, just one vote, is evidence of the uphill climb the community faces.

Transgender people are on a tougher road toward public acceptance, especially in the form of legislation, than the lesbian, gay and bisexual (LGB) communities, Stanton-Schnebly said, because they challenge preconceived notions.

“As humans, it’s in our nature that we want things to be one way or the other, we want people to fit into neat, tidy, little boxes. That’s just not how it works in the execution of life,” Stanton-Schnebly said. “For someone who is gay, we can still see they are a man or they are a woman… you could kind of compartmentalize LGB issues, if you were so inclined.

“Someone who is trans, there’s a lot more muddy waters in terms of names, pronouns, presentation of gender expression,” she said. “So I think that trans issues make people feel very uncomfortable, and make them want to regulate something that is not theirs to regulate”

Senate Bill 6443, which was defeated 25-24, would have repealed the regulation made by the Washington State Human Rights Committee in December (link to the legislation: http://app.leg.wa.gov/wac/default.aspx?cite=162-32-06) about transgender bathroom usage. Some supporters of the bill feared allowing people to use a restroom not coinciding with their anatomy could allow sex offenders to target potential victims.

“This rule that is now mandated opens the door, literally, to pedophiles, to sexual assaulters, to rapists, to those who want to abuse,” said Angela Connelly, president of the Washington Women’s Network, at a rally Monday in Olympia.

Those who voted against the bill noted the Human Rights Commission just explicitly stated a right that had been granted to the transgender community a decade ago by Washington’s Law Against Discrimination (A guide to how the law applies: https://aclu-wa.org/docs/rights-transgender-people-washington-state). And, as Tali Jones of Organizing Trans Olympia said at another Olympia rally Monday, there hasn’t been a spike in sexual assaults since the anti-discrimination laws passed in 2006.

The Associated Students of Washington State University (ASWSU) has yet to take a stance on this highly-contested legislative battle, ASWSU Chief of Staff Hayley Hohman said, but two years ago the student government’s senate passed a resolution that all new university buildings would include gender-neutral bathrooms.

“I think everybody agrees that people should be able to use the bathroom, there’s just a disagreement on the philosophies of how to get to that point,” Hohman said.

Keri Lobdell, a retention specialist at WSU Tri-Cities’ TriO program, said people upset about the state senate bill not passing might try to get signatures to put the issue up to a state-wide vote.