Activist Anita Cameron will speak about her experience fighting for her rights as a Black, disabled lesbian 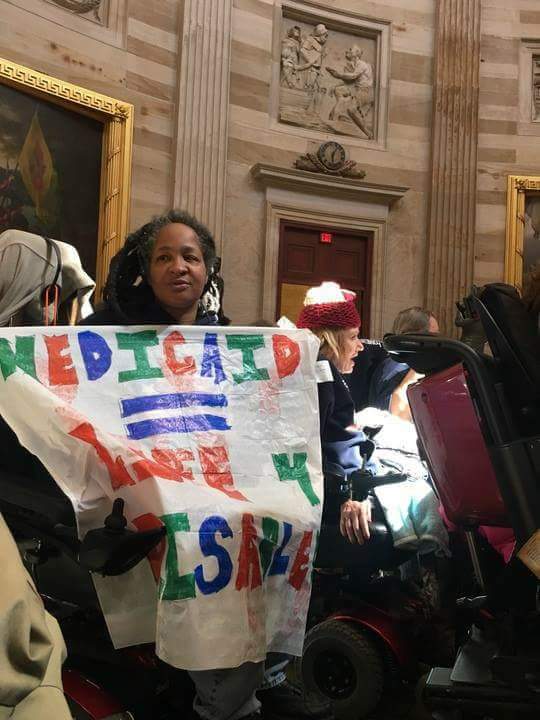 Anita Cameron, activist and director of minority outreach for Not Dead Yet, will speak during the second event of WSU Access Center's series.

In collaboration with the Disabled Students and Allies Club, the WSU Access Center will host its second event in a series that highlights the viewpoints of people with disabilities.

The event “We Were There, Too: Black Disabled Voices in the Disability Revolution with Anita Cameron” will feature speaker and activist Anita Cameron. The virtual event is from 11 a.m. to 12:30 p.m. on Sept. 23.

Around the time of the Black Lives Matter movement, the Access Center wanted to do more to support Black peers, colleagues and friends, said Davi Kallman, awareness coordinator and access adviser at the WSU Access Center.

Kallman said the center wanted to address institutional biases in policies and procedures. One way to do that is to spread awareness to the entire student body, faculty and staff.

When people look at disability rights it is seen in the perception of white people, and people of color are not included, she said.

She said she feels it is her duty as someone who was at the events to amplify the voices of Black people with disabilities and to tell their stories so that they are not forgotten.

“Civil rights are not given. You must fight to get them. Then fight to keep them,” she said. “That’s so true when it comes to the disability community [whose] hard-earned rights are … being whittled away.”

Cameron said she advocates for racial justice, disability justice and the intersectional framework reflecting who she is as a Black, disabled lesbian.

“We’re just ordinary people out here trying to live our lives and live them on our own terms,” she said.

She chose to speak about Black people involved in disability rights because the stories told are either white-washed or outright erased, Cameron said. Oftentimes the stories of people with disabilities get told by the dominant culture and the disabled community is left out.

Cameron said having people with disabilities tell their stories is important because it is not in a pity or infantilizing perspective or under the abled stare.

“The world has been trained to see disabled people as useless, worthless and objects of pity or repulsion and that’s not us,” she said.

During the event, Cameron said she will discuss the Americans with Disabilities Act, Capitol Crawl and the 504 Sit-in. She will also speak about the fight for Medicaid, Gang of 19, the Rotunda Arrests and the 144-mile march from Philadelphia to Washington D.C.

She said the Access Center’s series will help everybody learn more about the lives of people with disabilities and see various perspectives.

The Zoom webinar is free and open for everyone to attend. The webinar can host up to 500 people and will be completely accessible through live captioning and sign language, Kallman said. Those who cannot watch the event live can watch the recorded video after the event.

She said the Access Center is expecting about 200 people to attend.