OPINION: What we love about Pullman

There's a lot to love about our special little university town; it’s a unique, interesting place 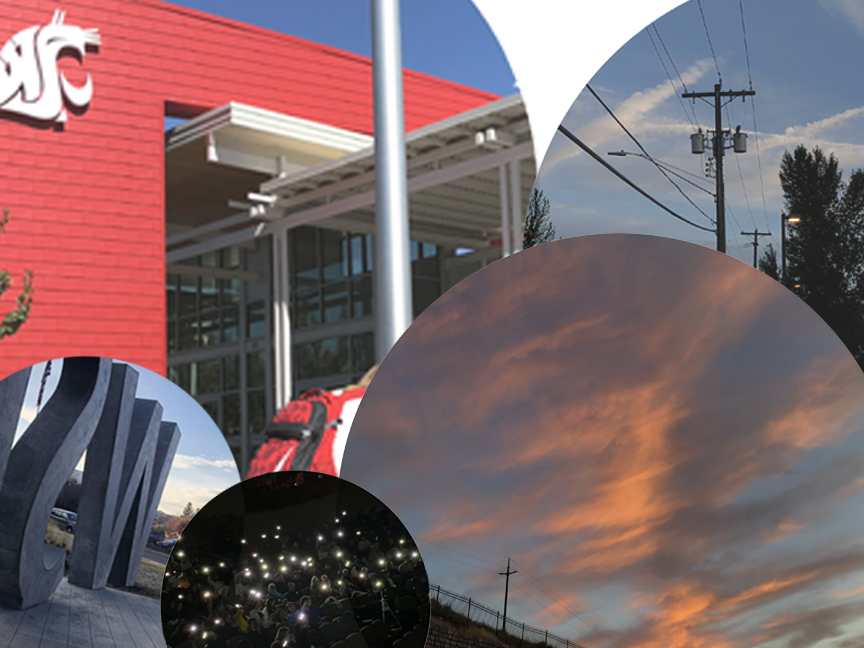 There’s so much to appreciate about living in a small town like Pullman.

There is a lot to love about Pullman. I enjoy grabbing food or drinks from Popo, spending time under the sound sculpture or wandering around at night. I’ll often go for walks with a friend, across campus or through town, to get some exercise in while we talk.

“Usually it doesn’t feel super weird talking to somebody you haven’t talked to in like a year or something,” Mullen said. “You kind of just run into random people and start conversations.”

Pullman is a very inviting place. Mullen said she is guilty of spending a lot of time napping on the floors of various buildings, ranking Sloan Hall as one of the better ones because of the absence of people.

I too am guilty of falling asleep on the floor – Smith 117, in particular – waiting for fencing practice to start.

Mullen said the taco truck by the train tracks on Grand Avenue is 10 out of 10, and that the $1 tacos the truck offers on Tuesdays are amazing.

While I have never seen this taco truck before, I now have to remember to try it out for myself sometime.

Mullen also said she likes Rolly’s, as they add whatever you want to your ice cream. Her roommates particularly like Thai Ginger.

“I remember driving into WSU and it being surrounded by wheat fields and I realized we were truly in the middle of nowhere,” Sopp said.

Originally unhappy with the concept of being in the middle of nowhere, Sopp said when he got on campus he was immediately taken with the architecture and the atmosphere of the campus. Downtown, he said, is “super quaint and has so many hidden gems,” especially in regard to food.

Somewhat of a foodie, Sopp said Pullman has countless great restaurants – Thai Ginger and O-Ramen rank among his top picks. For me, Birch & Barley is a personal favorite.

“Pullman is surprisingly quaint and has so much personality. It’s a small little town with a lot of heart,” Sopp said. “As always, Cougs help Cougs.”

The generosity and kindness of the community extends from campus into the town, Sopp said, recalling many instances of someone worse for wear being assisted on Greek Row.

Cougar Safe Rides, College Cabs and the Uber system are present despite the smaller number of people, and they are all notable parts of the community.

“There is a large support group throughout Pullman despite its size,” Sopp said.

The warm and welcoming nature of Pullman, along with the safety nets it offers its students, is only the start.

Sopp said that, while he is not religious, the fact Pullman has so many varieties of churches, as well as a few stores he’s seen with names written in Arabic, is really cool.

“I appreciate the diversity,” he said, “It’s a nice change of pace.”

Pullman is and always has been what I considered an inviting community. Coming from a place in central New York where it was typical for me to keep my head down and get where I was going – no time for chatting with strangers, after all – the atmosphere of Pullman and the people here is like a breath of fresh air.