OPINION: Countdown to the 3rd: An elegy for RBG

Ginsburg's death brings massive changes to the American political landscape, but was she as progressive as she seemed? 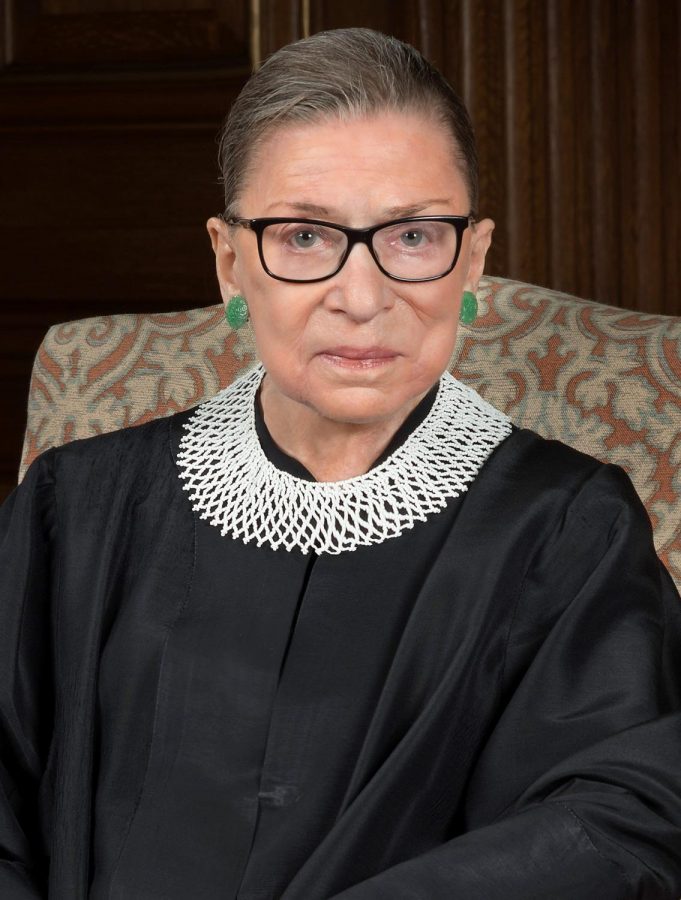 With Ruth Bader Ginsburg's death, the Senate has been thrown into disarray as legislators try to pick the next justice.

“Richard Nixon is gone now, and I am poorer for it.”
-Hunter S. Thompson, “He Was A Crook: An Obituary for Nixon”

And so ends another legacy. Ruth Bader Ginsburg – born in ’33, nominated to the Supreme Court in ’93, dead in 2020, three years shy of being 90. Pancreatic cancer struck her down, like it has so many others, my own grandmother included.

It’s sad, to be sure, to watch the passing of another political giant, someone whose influence could be felt from the deepest halls of the Supreme Court to the shallowest depths of pop culture. Ginsburg, to many, was a hero, a role model and a boundary-breaker, held up with Scalia, Marshall and Warren as one of the seminal justices on the court.

Now, in the wake of her passing, the prevailing attitude seems to be one of doom and despair. The death of someone so deeply important and highly regarded in the judicial process seems to be a chip at the foundation of American democracy itself.

Ginsburg was another justice, a fundamentally replaceable cog in a machine designed to be reworked and rewritten. The Supreme Court as a machination of justice is by no means any kind of indicator for the overall health of our country, nor is it by the loosest sense of the word a perfect system. Far from it.

Here is the issue: establishment Dems and left-wing activists are calling for the Senate to wait to vote on a new justice until the next president takes office. The GOP is adamantly calling for an immediate vote on President Trump’s shortlist of replacements, the contents of which are to be released within the week.

The margins to confirm a Republican justice are extremely slim — only 4 Republican senators have to recuse themselves or vote against Trump’s nominee for the nomination to fail. This has incentivized the Republican chunk of the Senate to act quickly, before the elections, while they still hold the Senate majority, as tight as it may be.

On either side, it’s a race against time. The Dems demand a vote not be held until after the presidential election, in the hopes that Biden can win and fill the ninth seat with a Democratic nominee. Republicans are scrambling to vote on the nominee as soon as possible and convince the swing senators to stick with their party.

Here are the facts: an 87-year-old woman died, predictably, of a disease with an extremely low survival rate. This same woman had known about this disease since at least 1999. There were ample opportunities for her to retire and allow a Democratic president to nominate her replacement, and no one would have thought the lesser of her for it.

If you swing towards the left at all, dear reader, you’d have been better served by Ginsburg’s retirement in 2013. Sure, you’d have missed out on a few years of RBG T-shirts and biopics, but what’s that compared to a strong left-wing showing on the highest court in the land?

This is proof that, to establishment liberals, it isn’t about the effect or public well-being — it’s about the image. It’s about looking the part, even if “the part” is an octogenarian dying of cancer — because “nevertheless, she persisted.” Regardless of the implicitly obvious point that Ginsburg’s retirement would have done more for progressive causes in the U.S., the prevailing view among the establishment left is that she was a hero for sticking it out to the bitter end.

This underscores a truth that a lot of the time goes unspoken — there’s a cult of personality around left-wing political figures, created and perpetuated by their legions of adoring fans.

This is best exemplified in stages — Obama was the first role model, despite his abysmal foreign policy record, or trigger-happy drone strike policies. Next, it was Hillary Clinton, whose loss in 2016 was treated as nothing short of grounds for a civil war. More recently, Robert Mueller was the flavor of the month, with middle-aged housewives practically salivating over his potential to stick it to Trump.

Anthony Fauci played his role as Democratic flavor of the month, with calls for him to be nominated “Sexiest Man Alive,” for demonstrating some level of PR competency during the first months of the coronavirus outbreak.  Andrew Cuomo was nominated, for much the same reason (Remember Cuomo-sexual?). Finally, there’s Ginsburg with her manufactured rapper persona and patently undeserved reputation as the “bad b*tch of the Supreme Court.”

Finally, it’s worth mentioning that Ginsburg’s decision record betrays her actual sensibilities — at best, she was a center-left justice, able to swap war stories with Antonin Scalia. One of her final decisions — to run a pipeline through the Appalachian Trail, speaks to her frankly problematic and disingenuous image as a “dissenting girlboss.” Sooner or later, the veil has to come down, and RBG’s record on Amazon workers seeking overtime, solitary confinement and parolee rights has to speak for itself.

Ginsburg’s friendship with Antonin Scalia, notorious conservative justice, is often hailed as an example of bipartisan friendship. It doesn’t all have to be about politics, folks! But that friendship, upon closer examination, is sullied when Ginsburg’s near lockstep concurrence with Scalia’s decisions is acknowledged. At the end of the day, it really is about politics, after all.

Ginsburg, for whatever else can be said about her, is dead, and I’ll not speak ill of the dead. But her record on the court, her prioritization of image over policy and her particularly misinformed fanbase will speak volumes for me.