Democrats came with a shoddy argument and not enough facts; their goal was unattainable 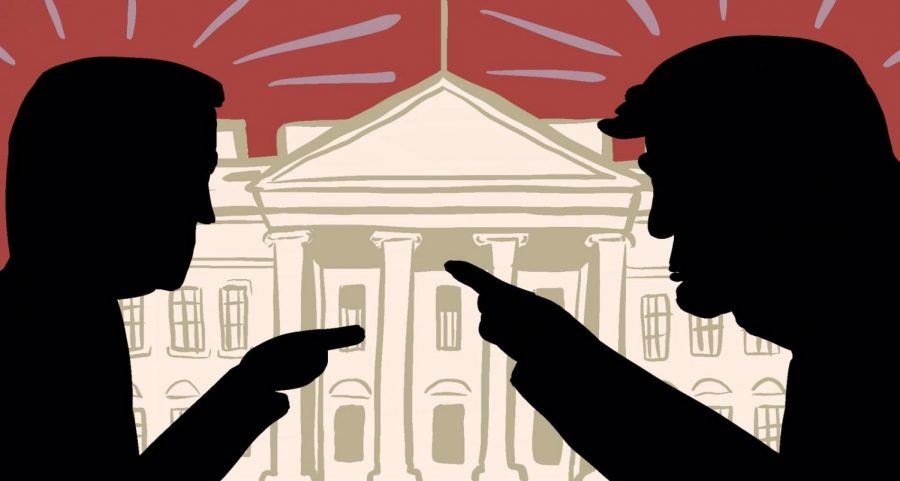 Trump's impeachment, while a decent blow to his career, didn't actually solve or fix anything.

My first reason for not being very interested in what is going on in the political arena is my belief that politics are a dirty game.

It is not possible to be sure about any political statement from any politician in any party from any country. Simultaneously, there is an excellent reason to keep one’s fingers on the political pulse because all of us and our lives depend on events in the world of politics.

In December, Trump was impeached. This news was broadcasted on every TV news channel, and I thought it was the end of his career. The accusation was severe and seemed to be well-documented — 10 accusations of impeachment against Trump.

It wasn’t even his disrespectful talk about women, his attitude toward immigrants, or the election process and how he won the presidency. The main reason was a scandal regarding force against Ukraine and some other foreign governments to provide damaging narratives against the Democratic Party and Joe Biden.

I had several questions: was Trump impeached or not? If he was, how was he able to continue in office and to the reelection process? What helped him maintain his position: virus, bill relief or poorly prepared impeachment?

First of all, Trump was impeached by the House of Representatives; he was not removed from office by the Senate. Because he was not found guilty by the Senate, this gave him the chance to start a new election process.

“I do not know how can he win after so much scandal in it, in his administration,” said Travis Ridout, professor in WSU’s School of Politics, Philosophy and Public Affairs. “Part of the answer is partisanship. There are many strong Republicans now and they’re … ignoring Trump’s behavior.”

In elections, people vote for parties, and they trust the parties. They think that the party should control a candidate and even remove him from the election process if he does not demonstrate appropriate behavior and attitude to society. But that isn’t necessarily true. We’ve seen that a party will support their candidate even if they are wrong.

“Part of that is the simple psychological defense,” Ridout said. “We want to defend people who are a part of our team.”

How far can the party go to defend their candidate? Would they cover their eyes and not see the mistakes of the presidential administration?

It is very controversial how legal the impeachment was and how trustworthy the evidence may have been. Some experts agree that it was legal and there were no political plays being made, but some said it was a political game to remove Trump as an opponent.

“It was a pressure on the Democrats to take some actions, although they also expected this result,” said Furkan Cakmak, political science doctoral candidate. “Even if it is symbolic, they want to show today’s supporters and perhaps undecided voters: Trump is not someone we can trust.”

I’m afraid I have to disagree with the Democrats’ decision that every method is suitable for fighting the person who has demonstrated wrong behavior. I can say that Trump is wrong and may not be the best choice for the country, but there should be clear legal impeachment with enough evidence to be ready to sway even the strongest Republicans. I do not think we can use something with questionable evidence to remove the candidate we do not like.

“I see in history that, even if the leaders of groups are changed, nobody wants to weaponize just back and forth and to be in those fights forever,” said Michael Hourigan, political science doctoral candidate.

If we start to do that, we won’t be far away from the point where we can send people into prison because we do not like their personality and opinion or the way they talk. I think it would be a better idea to bring strong enough evidence if the Democrats were interested in actual legal impeachment, not in some political game against Trump.

What is waiting for us after the 2020 election? It’s worth considering whether people will remember Trump’s behavior and provocative speeches, his impeachment or the relief bills they got from him in the COVID-19 crisis.

I wish voters were clear about the facts, and I hope Trump learns some lessons from the impeachment and protests on the streets in order to adequately inform his future political career.

“You have economics on people’s minds with COVID-19, and you have COVID-19 by itself,” said Timothy Chatburn, political science doctoral candidate. “It is hard to predict the election.”

We can only hope the war between Democrats and Republicans will not last forever, and they will remember the role given them by society: to build the country. Sometimes, it looks like they switched their focus from making America great to making their careers great.