One local’s 20-year journey with sewing 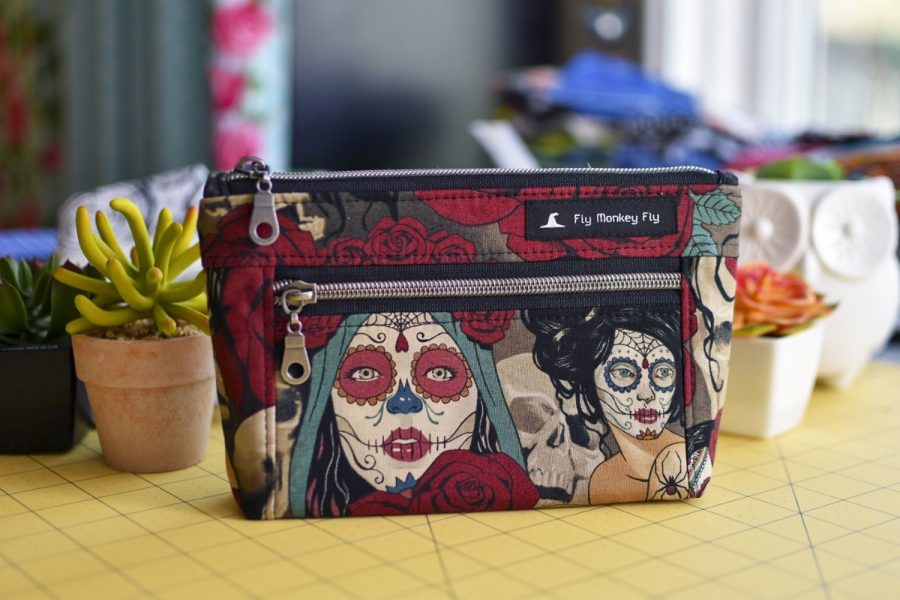 Jody Boroughs began to sew when she was just a child. To continue her passion, she opened an Etsy shop, Fly Monkey Fly, to sell handmade bags.

Jody Boroughs’ passion for sewing extends to over two decades. Two years ago, she decided to start up her own online business, Fly Monkey Fly, selling handmade bags.

Boroughs’ grandmother sewed around her while she was growing up, but Boroughs did not touch a sewing machine until she was in her early 20s. Boroughs said she started by making quilts and now she specializes in making purses and other types of bags.

She originally just made the bags as gifts. However, Boroughs received positive feedback from her friends and family and decided to try to sell some of her bags online.

“I decided that I would try to make some and put them out there and see if I had any takers,” Boroughs said.

She has a variety of ready-to-order bags on her Etsy page and also does special orders, she said.

“I have bought six bags now from Fly Monkey Fly, and have been very pleased with how every bag turned out,” said Beverley Wolff, local customer of Fly Monkey Fly. “Working with Jody — I was able to customize each bag I bought with the recipient in mind.”

Fly Monkey Fly, however, is just a side business for Boroughs. She also manages Higginson’s Home Center in Pullman and has worked there for the past 19 years.

“It’s a challenge to have the time that I need to explore the bags that I would like to make,” Boroughs said.

She originally came to Pullman in 2001 with her husband so he could go to graduate school at WSU. She has lived in Pullman for the past two decades, and it is now home to her and her family, she said.

Boroughs studied fine arts at WSU and graduated in 2006. She focused on graphic design but also has a background in interior design, Boroughs said.

One of her favorite parts of making the bags is picking out the fabric, she said. Boroughs’ bags are easy to recognize with their fun patterns and unique designs.

“I love the creative process, obviously, and picking everything out and starting with multiple pieces and ending up with a very cool end product that people can utilize in their daily lives,” Boroughs said.

She hopes to continue building her Etsy shop and have a wider variety of available products. After she builds up her Etsy shop, she would consider trying to sell in local stores and participating in more craft fairs.