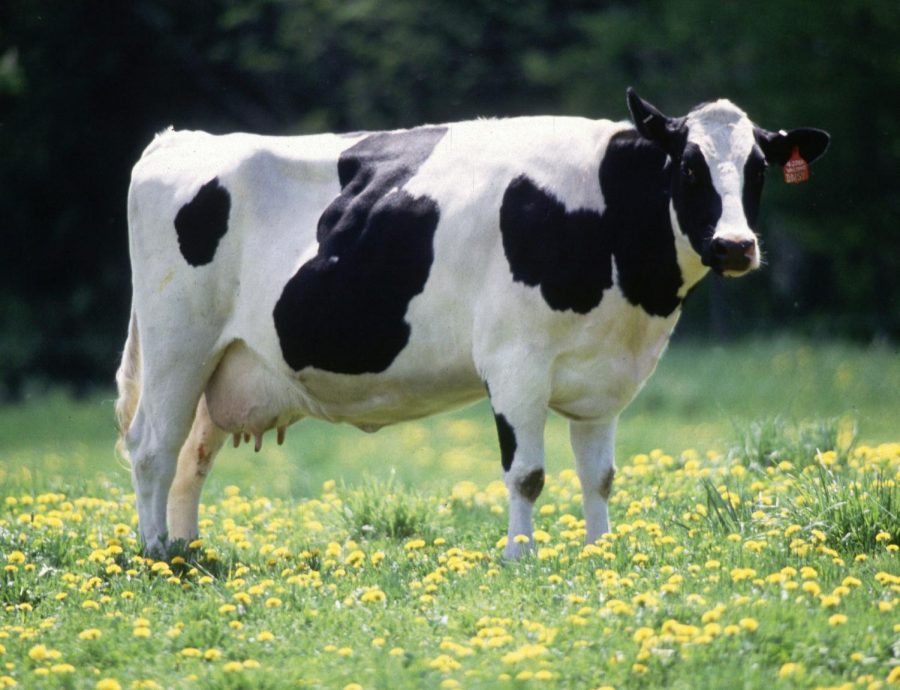 After the recent theft of a 7-day-old calf, WSU’s Knott Dairy Center is restricting access to their animals.

The WSU Police Department arrested Luke Wolfisberg, fraternity member of Phi Sigma Kappa and former employee of Knott Dairy Center, for second-degree burglary for allegedly stealing the calf on Sept. 9, according to an affidavit of probable cause. He was not charged by the Whitman County Prosecutor’s Office.

The calf was stolen to be used as a mascot in photos for Wolfisberg’s fraternity, said Steve Hansen, WSU PD assistant chief of police. Wolfisberg managed to transport the calf from the dairy center to the fraternity’s backyard.

The calf was taken around 4 p.m. on Sept. 9 and returned around 6 p.m. the same day, according to the affidavit.

“There were no visible external injuries, but there was probably a lot of emotional stress,” Hansen said.

The care and well being of the dairy center’s animals is taken very seriously, Gordon Murdoch, WSU professor and chair of animal sciences said.

Murdoch owns the calf and other animals at the dairy center, according to the affidavit.

“It is a component of our animal care and use guidelines,” Murdoch said. “We are an AAALAC approved facility, and this requires us to meet certain standards in order to stay approved.”

The dairy center is exploring options and evaluating all strategies to prevent this from happening again, he said. This includes possibly installing gates, but there are not many resources to do that at this time.

The dairy center will be monitored more closely and formal procedures will be added and enforced for animal usage, Murdoch said. The dairy center may also have to restrict access and introduce new procedures for how animals are used for teaching, tours and research.

Murdoch said he does not know if there will be a lasting effect on the calf. The calf was returned in good shape and monitored for 48 hours.

There was a lot of footage that was shared on the fraternity members’ social media platforms, Hansen said.

“The majority of the footage is on Snapchat and is not available for public viewing,” Hansen said. “Everything else is police evidence.”