In some states, government has to pay for unoccupied beds in private prisons; lobbying for harsher laws can lead to more incarcerated individuals 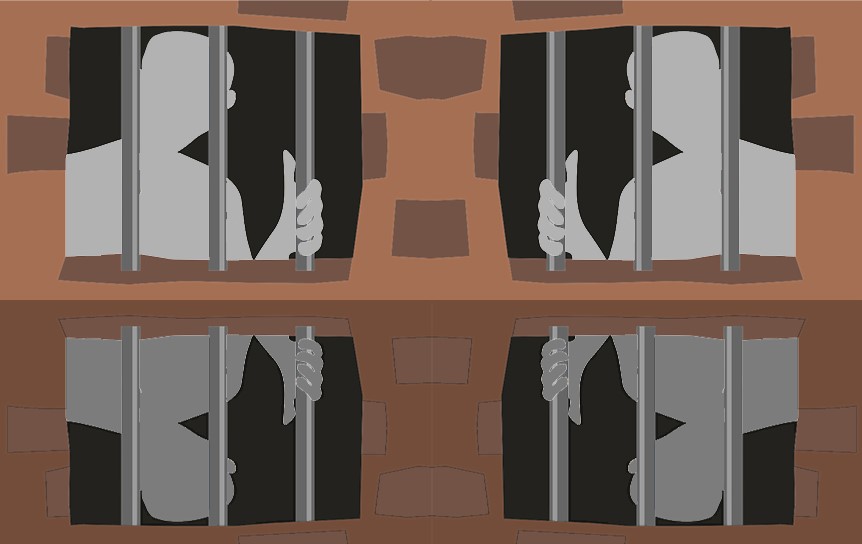 Private prisons are run by corporations that profit through stipends they receive from the government. The stipends are based on the size of the prison or the number of prisoners.

WSU researchers found private prisons can contribute to mass incarceration with longer sentences for prisoners, according to a recently published article.

The first private prisons opened in the 1980s. They are run by corporations that profit through stipends they receive from the government, according to an Investopedia article. The amount received in the stipend can be based on the size of the prison or the number of prisoners.

Researcher Gregmar Galinato said he and co-author Ryne Rohla created a model to illustrate how private prison owners are incentivized to increase incarceration rates. They explored two reasons why private prisons could lead to more prisoners and longer sentences: lobbying and a reduction in occupancy rates.

Lobbying is fairly common in the U.S. and can influence laws and regulations, including the operation of prisons, Galinato said.

“If private prison owners are able to lobby state regulators for more stringent laws punishing criminals, then they are able to get more of those people incarcerated,” he said.

In some states, the government has to pay for beds that are unoccupied in private prisons. This creates a disincentive to release prisoners, said Mary Stohr, WSU professor of criminal justice and criminology.

“If you build a jail or a new prison, there’s an incentive to fill it,” she said.

Private prisons may cut corners to save money, such as implementing less training for staff and smaller salaries, Stohr said. Cutting costs can lead to problems in terms of the quality of care inmates receive.

“If you don’t have experienced, quality people, you get what you pay for,” she said.

The article also highlights the “Kids for Cash” scandal in Luzerne, Pennsylvania, in which two judges received bribes from two private juvenile detention centers, Galinato said. They gave harsher punishments to young offenders to increase the number of residents in those centers.

He said he researched the bribery scandal after hearing about private prison corruption on an episode of the show “Elementary,” which featured a private prison representative influencing a judge.

“My first impression was that it didn’t sound realistic, and then I read up a little bit,” Galinato said.

Private prisons have tried to stay out of the public eye, resulting in limited research on the topic, Stohr said. She hopes the recent study can shed light on the subject and add context to the debate surrounding public versus private incarceration.

A bill introduced during the 2020 Washington state legislation proposed an end to privately-owned detainment facilities, including the Immigration and Customs Enforcement detainment facility in Tacoma, Washington. However, a last-second amendment narrowed the focus of the bill to prohibit the transfer of inmates to out-of-state prisons, according to Senate Bill 6442.

Existing private detention facilities in Washington state will undergo an investigation to ensure inmates are receiving proper care, according to companion House Bill 2576.

Galinato said policymakers should be more careful when deciding whether to build a private prison.

“We’re not saying that private prisons are bad,” he said. “We’re just saying that if you do this, there could be some repercussions that could occur.”