Stipends are the same even though living expenses have increased 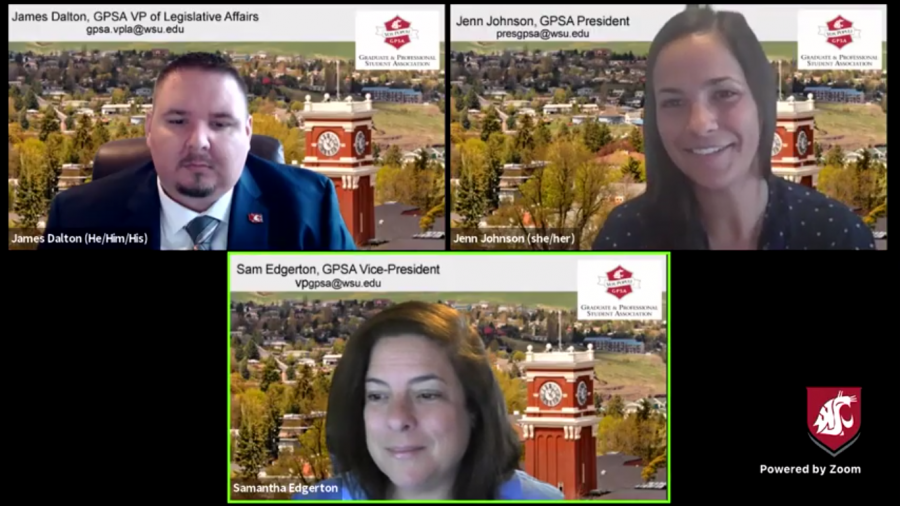 Editor’s Note: This article has been corrected to reflect the fact that GPSA has received its S&A fees. It has also been corrected to state that the Evening Childcare Program is not running this semester, but the WSU Children’s Center is open.

GPSA plans to increase student stipends and updated students about S&A fees and the childcare center in its first Town Hall of the year.

The legislative focus of the year is to increase graduate student stipends. Living expenses have increased while stipends have stayed the same, said GPSA President Jenn Johnson.

Stipends are determined by the department and are not controlled by WSU, she said. In the next few months, GPSA will collect data and stories from graduate students to address the issue.

Johnson said she hopes the data and stories will change the way stipends work. Graduate students could benefit from a university-wide minimum stipend instead of minimum stipends based on the department they work for, she said.

Last semester, the WSU Student and Activity fee committee voted to determine how much money GPSA and other organizations will receive, Johnson said. GPSA received its S&A fees.

Advisory groups, which include students, are deciding whether students should receive refunds, but no decision has been made, she said.

This semester, there are also limitations to how the fees can be used due to restrictions on social gatherings, Johnson said.

“We’re all financially strapped as graduate students,” she said. “We don’t really have that money to burn for the most part, and so we know that potentially getting that refund might be really helpful for some of you, including myself.”

The Evening Childcare Program subsidized by GPSA is a resource that is currently unavailable to the graduate and professional community, said GPSA Vice President Samantha Edgerton. However, the WSU Children’s Center is open, and its daily services are in operation.

Edgerton said there has not been a decision on whether or not the Evening Childcare Program will be available in the spring semester.