They're highly trained animals there to do a job, not pets 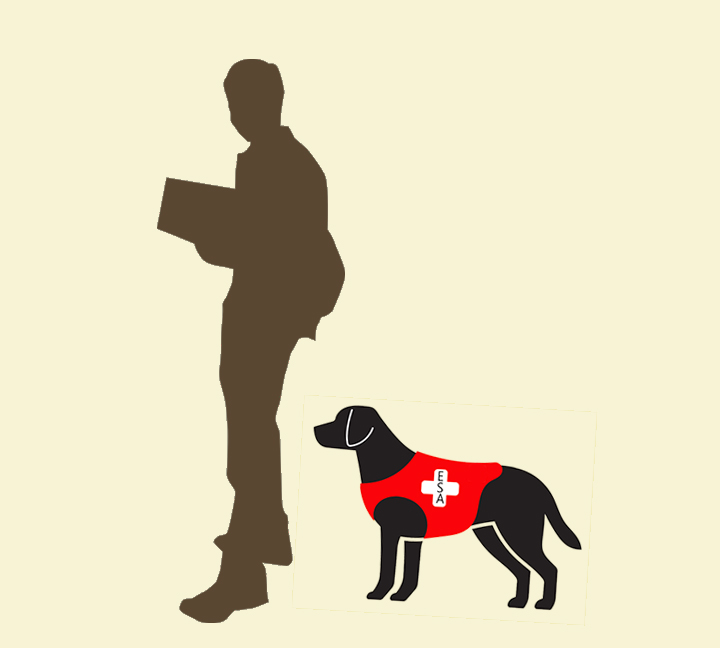 Students with emotional support animals deserve to have their experience normalized.

Last year at my previous college, my roommate had an emotional support dog. When everyone on the dorm floor found out, all they wanted to do was pet and play with him. They did not realize that the dog was there for a purpose: to help my roommate.

Mah-E-Noor Baloch, junior biology major, said she gets a lot of misconceptions from having an emotional support animal.

She said people who she has spoken with regarding emotional support animals will call them “glorified pets.”

Baloch said people always assume that they can play with her animal.

“While in certain settings it’s appropriate, like hanging out amongst friends at a social gathering or spending time with family at home, in others it’s not,” Baloch said. “Lexi was trained to notice my depression, oncoming panic attacks and PTSD ‘episodes.’”

Baloch also said people try to “nudge her side, pick her up or pet her themselves”.

“ESAs are definitely not glorified pets and the stigma around them needs to end,” Baloch said. “They are lifelines to people like me who suffer with depression and anxiety.”

Charlie Powell, senior public information officer for WSU’s College of Veterinary Medicine, said there are certain issues that people need to be aware of when it comes to emotional support animals.

“One of the things that people have to remember about service animals and training though is typically their trainers don’t want you to pet their animal,” Powell said. “People’s natural inclination is to pet those animals like that.”

Powell said another example of student accommodations is the lactation station in the veterinary college.

He said people will sometimes pretend that their pet is an emotional support animal.

“I think we also both know that there are a number of people who abuse this privilege in many different ways,” Powell said.

Powell said there are a lot of factors that go into bringing an emotional support animal into a work or school environment, such as biohazard awareness, sterilization, housing and cultural differences.

“It is a situational type of thing that has to be assessed individually for each request,” Powell said. “I think when anything comes to societal change that’s big like this, I think being able to slow down, think clearly and come up with a good plan is vital.”