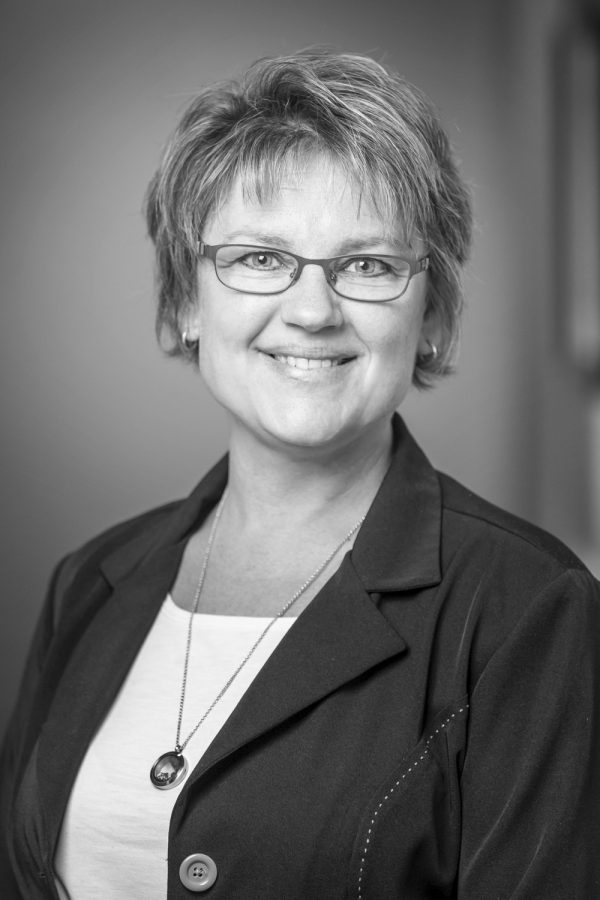 Marie Dymkoski began her career for the Pullman chamber in 2007. She promotes projects focused on local businesses and housing.

The Pullman Chamber of Commerce became the information center for business resources during the pandemic with Marie Dymkoski at the heart of the operation.

Dymkoski, Pullman Chamber executive director, works to help local businesses and the City of Pullman. She worked for the chamber since 2007 as an office manager and the director since 2010.

“I stay very involved with the community, and with the mayor, chief of police, Schweitzer Engineering Laboratories and WSU president,” Dymkoski said. “It keeps me very busy.”

She said she has been in charge of many special projects, but the one she’s most passionate about is Pullman 2040. This initiative started in 2015, and the goal is to have everything completed by 2040.

There are around 50 different projects involved with Pullman 2040. Some may take a decade to accomplish, others can be done much faster. Some include affordable housing and business recruitment. All the projects are divided into five groups to make it easier to get task forces to work on the project.

“I was very involved at the beginning of the initiative, but now I have a lot of help from co-chairs,” Dymkoski said. “They really help push the program along.”

Francis Benjamin, co-chair of the initiative, said he has worked alongside Dymkoski since 2007.

“The goal of this initiative is to give the people of Pullman what they want. It’s all about the community and making Pullman better,” Benjamin said. “For two years, we held meetings with the citizens and asked for descriptive words. Ones that stood out the most were safe, vibrant, family-friendly and diverse.”

Dymkoski is involved in more than just Pullman 2040, she also is passionate about the Town Gown Collaborative. She works with Mayor Glenn Johnson and WSU President Kirk Schultz to bring Pullman and WSU together.

Another project Dymkoski contributes toward includes the Pullman bird count. She said she keeps track of all the changes in the migration of birds with the intention of keeping the community clean and natural.

“Dymkoski is a lot of fun to work with. I consider her to be a very confident woman,” Benjamin said. “Some people may be frightened by a woman like her, but she is so passionate about her work that I couldn’t be scared of her.”

Dymkoski has worked with men since she was 18 years old when she started coaching softball. She couldn’t let them intimidate her, she said.

“Sometimes, I’m the only female in a group of leaders. When I first started, everything was run by older men. Now, I see a lot more female involvement,” Dymkoski said. “It’s never been that big of an issue in Pullman though. This town is very progressive in that way.”