After last season was cut short due to COVID-19, redshirt sophomore Amy Chu is ready for her return to WSU golf. 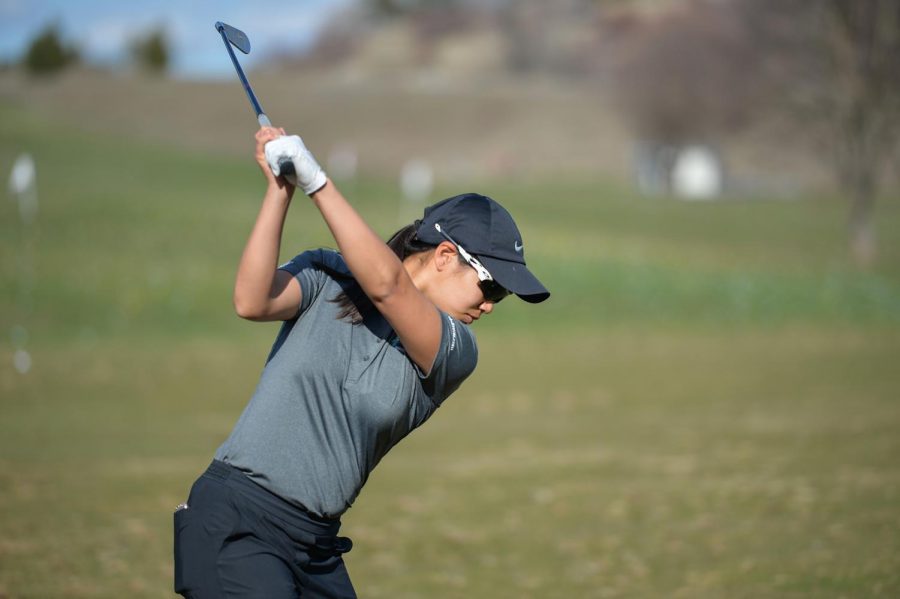 Amy Chu grew up in Sydney, Australia. She led her high school golf team to back-to-back state championships in 2013 and 2014 before WSU.

In recent years, WSU’s rolling wheat fields and lively weather have been appealing to international student-athletes. Redshirt sophomore Amy Chu of the Cougars’ women’s golf team is no exception.

Chu grew up in Sydney, Australia, where she led the Sydney South West Area High Schools’ golf team to back-to-back state titles in 2013 and 2014.  Chu has already had quite a golfing career at WSU.

“I had an older brother; we went to his sporting events,” Chu said. “Being a typical kid, you just want to run around, and I got tired of being told to not run around. So, I picked up a golf club, took a few swings and never looked back.”

After a successful high school career, Chu quickly adapted to the college level. As a freshman, Chu played in 10 tournaments for the Cougars. Her best finish of the year came in the Ron Moore Women’s Intercollegiate where she placed ninth.

Chu said she loves the Cougar community and environment. Even though it is not in the most populated area, she still feels at home. Along with the warm, loving atmosphere, Chu appreciates the coaching staff.

“[They are] someone I can talk to, not just about golf or academics, but like a second mom to me,” Chu said.

Chu has received high praise from her coaching staff. Women’s golf coach Kelli Kamimura said Chu is a very positive player to have in the program.

“What sets her apart is her character and commitment to not only being the best that she can be, but her dedication to bringing out the best in the people around her,” Kamimura said.

Coach and player relationships are vital to the success of any athlete, but Chu said her favorite parts about golfing for WSU is traveling around the country and meeting other people.

Through her time golfing for WSU, Chu has visited different states and taken part in various tournaments against other teams throughout the Pac-12.

“I’ve grown a lot more than what I expected — in not only my golf game, but the mental aspect as well,” Chu said.

Kamimura said Chu has grown and improved on her time management skills and willingness to utilize her resources.

Going into her ‘second’ sophomore season, Chu said the team’s main goal is to get to regionals.

“We were pretty close last year, but the world said otherwise,” Chu said jokingly. “We have set goals to get there this year.”

So far, the first four matches of the season have been canceled due to the coronavirus. But it is projected that the season will tee off on Feb. 8, at the Lamkin Invitational in San Diego, California.

Along with being a team player, Chu has set high expectations for herself as well. She wants to find herself in the top 10 in her future tournaments, but her main goal is to contribute to the team overall. She set too little of individual goals in the past when trying to fulfill the bigger picture, she said.

“We are very big on team culture,” Chu said. “We like to work together; we have weekly team meetings. It’s all about keeping the team energy and team connection.”

Chu’s lively, sarcastic personality helps build team chemistry and emphasizes this year’s team motto ‘One equals one,’ which translates to all players coming together to create one team. Kamimura said Chu is a big part of building the team’s culture.